The killing of innocent civilians in the Gharghur District of the Libyan capital Tripoli on Friday 15 November 2013 by militia was internationally decried by the Libyan National Council for Civil Liberties and Human Rights in an official statement first published through 9 Bedford Row International.

For Civil Liberties and Human Rights

Statement by the National Council for Civil Liberties and Human Rights

The Council has noted that on Friday after prayer time, a group of people went out to the street in the city of Tripoli, in a peaceful protest, carrying independence flags and white flags and walking on foot in civilian clothes. They were asking for the elimination of armed groups and any armed manifestations. The protest started at the Qadysyyah Square towards the area of Ghargour. When they arrived there, eye witnesses told the Council that they were faced with live bullets and different kinds of light and medium weapons. This was confirmed by the media. This caused a big number of casualties and according to medical sources, there were seven dead amongst the civilians, till the time this statement was drafted.

This use of force to stop a peaceful protest reminds the Council of how Kadhafi’s brigades used to fight the bare-chested demonstrators on the first days of the February 17 in Tripoli, Benghazi, and the rest of the cities… as well as the incidents in Benghazi on the 9th of June 2013. This is an image that the Libyans have been working hard to make sure they will not experience this again in their life.

The National Council reminds everybody that there is no alternative to the State of law, the State where the citizen’s security and safety are respected by everybody with no exception.

The Council expresses its full solidarity with each peaceful demonstrator who goes out to the street to fix and defend his rights and practice his freedoms. It denounces any use of live bullets to stop such demonstrators, an action considered as a crime for which the perpetrators should be duly judged.

The Council asserts the need for the National Congress, the Government and all parties to play their role for the sake of their country and State. They have the responsibility altogether to empty Tripoli and all Libyan territories from armed manifestations and armed groupings, to speed up the strengthening of police and army action… a historical responsibility the denial of which shall never be forgiven by history. 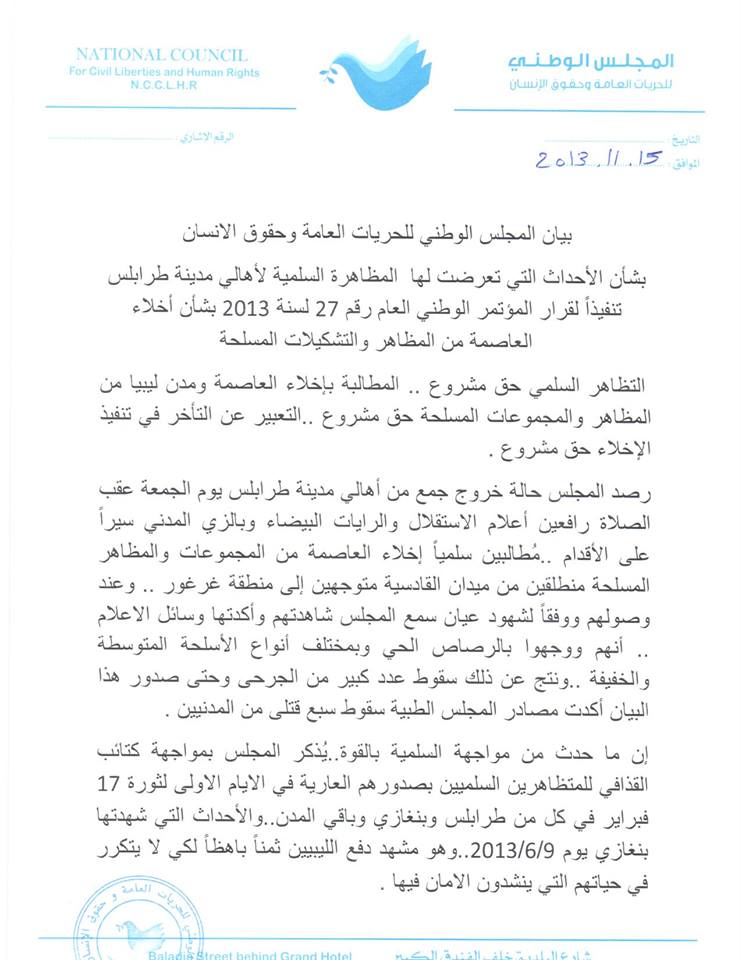 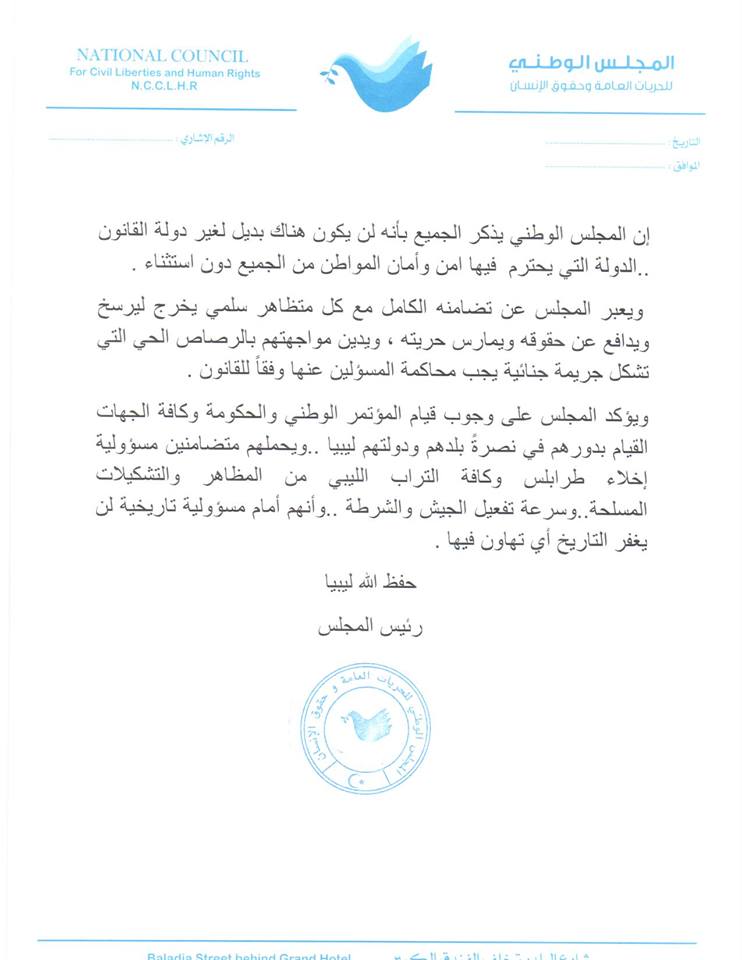