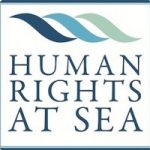 “I pray to God that something like this should never happen to anybody. Because it may be nice to hear the tales of someone’s struggle, but in reality it is very difficult to bear.” Indian Seafarer. Falkland Islands. June 2015.

In the lead up to the forthcoming London International Shipping Week and World Maritime Day 2015 and with the focus variously on seafarers and their welfare, Human Rights at Sea has published a new redacted case study detailing the first-hand accounts of Indian seafarers who were subjected to mental and physical abuse over a sustained period at sea.

Human Rights at Sea is a charity whose aim is to explicitly raise awareness, implementation and accountability of human rights provisions throughout the maritime environment, especially where they are currently absent, ignored or being abused. Registered Charity in England and Wales No. 1161673. Registered Office: 9 Bedford Row, LONDON, WC1R 4AZ, United Kingdom.