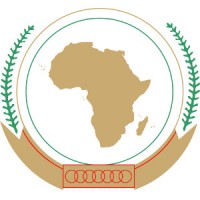 The Department of Political Affairs of the African Union Commission (AUC) called a meeting of the Human Rights and Transitional Justice Cluster of the African Governance Architecture from the 24th – 26th August in Arusha, Tanzania. The idea behind the conference was for attendees to contribute to the draft design of the 10 Years Action Plan on the Human and Peoples Rights Decade in Africa before submitting it for extensive review by stakeholders.

On behalf of H.E Commissioner for Political Affairs of the AUC, Ambassador Salah Hammad stated that the meeting was called to approve the draft Action Plan before its completion and submission to the African Union for implementation. Ambassador Hammad also made it clear that the meeting will be continued by the Youth Consultation where the scheme will be examined and debated by the Pre Gender Forum and High Level Dialogue on Democracy, Governance and Human Rights.

Furthermore Dr. Nouhou Diallo, Deputy Registrar of the African Court on Human and Peoples Rights, stated that the purpose of the meeting was to endorse significant commitments into finalising the Draft Plan before implementation, fortifying the joint effort and participation of human rights socio-legal actors at all levels in Africa.