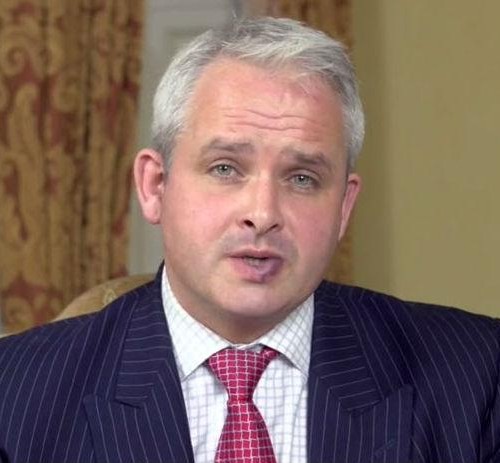 On July 27th 2015, Human Rights at Sea CEO and 9BRi barrister, David Hammond (pictured), alongside 25 international NGOs, have jointly submitted a letter to the US Secretary of State, The Honorable John F. Kerry concerning the ongoing issues of slavery and abuse at sea and abuse of human rights in Thailand that have resulted in Thailand retaining a Tier 3 rating.

A version of the letter has been reproduced below with the permission of David Hammond. The full letter can be found HERE.

Re: Thailand’s designation in the 2015 Trafficking in Persons Report

We write today to support the State Department’s decision to maintain Thailand’s Tier 3 designation in the 2015 Global Trafficking in Persons Report. We believe the Tier 3 ranking, as well as the research and recommendations contained in the report, will be an important tool for governments, international institutions, companies and investors to continue to press the Thai authorities to enact more substantive reforms to end the labor trafficking that can be found in many sectors of Thailand’s economy, including seafood.

This decision comes at a vital time for leveraging change from the Thai government in its anti-trafficking efforts. Last year’s downgrade to Tier 3 in the 2014 TIP Report, the decision by the European Union to issue Thailand a “yellow card” for its failure to adequately monitor its fishing industry, and high-profile global media exposés of human trafficking in Thailand’s fishing industry have together produced an unprecedented level of international pressure on Thailand to address its significant human trafficking problem.

The Thai government has demonstrated its willingness to respond to that pressure, and has taken a few encouraging actions. In particular, efforts to register migrant workers, passage of the Regulation to Protect Labour in the Sea Fishing Industry, and reforms to the Fisheries Act that increase regulation and oversight of fishing vessels are positive steps. However, the government only began making these regulatory changes toward the end of 2014, many of them weren’t operational until mid-2015, and we remain deeply concerned that failure to effectively enforce these laws and policies may render those changes ineffectual. The U.S. decision to leave Thailand on Tier 3 until it demonstrates greater political commitment to enforce these new laws and regulations reflects an accurate assessment of Thailand’s efforts to combat human trafficking and will serve as a powerful incentive for Thailand to take further steps.

The State Department’s decision will keep pressure for substantive changes by Bangkok. In particular, Thailand needs to demonstrate it is willing to enforce newly established mechanisms to increase transparency and regulatory accountability within its seafood industry, and apply those mechanisms to combating human trafficking by conducting more frequent inspections at sea, ensuring inspectors are trained to identify and respond to the needs of trafficking victims, and cracking down on the trade of fraudulent crew manifests and identification documents at ports.

Another issue that requires urgent US attention is Thailand’s use of criminal defamation and the Computer Crimes Act to prosecute journalists and human rights defenders. This month, Phuketwan journalists Alan Morison and Chutima Sidasathian, and migrant rights defender Andy Hall faced court proceedings. If they are found guilty, it will have a chilling impact on the ability of trafficking victims to speak out and seek justice. Thailand should not be prosecuting journalists and activists for doing their jobs, and these court trials belie Thailand’s claims that it is working with civil society to address human trafficking issues.

Finally, Thailand should ensure that migrant workers have the right to associate and organize to protect their rights, including the right to form unions. The US should press Thailand to adopt key International Labor Organization conventions – including Conventions No. 87 on Freedom of Association and No. 98 on Collective Bargaining, as well as the new Protocol to Convention No. 29 Against Forced Labor (which Thailand has ratified) – and bring its laws into compliance.

We are committed to continue our efforts to press the government of Thailand toward making substantive changes to end human trafficking, and today’s decision will aid our efforts. We thank you for your work to combat human trafficking, and look forward to continuing our engagement with the Bureau of Democracy, Human Rights, and Labor; the Bureau of East Asian and Pacific Affairs, and the U.S. Embassy in Bangkok to secure the outcome that we all want: the end of human trafficking in Thailand based on changed laws and policies, and effective enforcement on the ground. You can respond via Abby McGill, director of campaigns at the International Labor Rights Forum, by email at abby@ilrf.org or phone at (202) 347-4100, ext. 113.

American Federation of Labor and Congress of Industrial Organizations

Synod of Victoria and Tasmania – Uniting Church in Australia