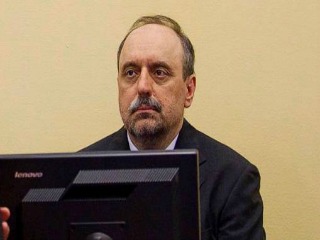 The International Criminal Tribunal for the former Yugoslavia (ICTY) has ordered an indefinite halt to the trial of Croatian Serb rebel leader Goran Hadžić as the majority of the judges in the Trial Chamber have ruled that he is “currently unfit to stand trial”.

Hadžić’s trial commenced in 2012, but he was later diagnosed with terminal brain cancer, which caused interruptions and provisional release from trial for related treatment.

He is facing charges of war crimes and crimes against the humanity on 14 counts including imprisonment, torture, wanton destruction and plunder, prosecutions and also the forcible removal and murder of thousands of Croats and other non-Serb civilians between 1991–93, including the Vukovar massacre, the killing of approximately 260 civilians and Croatian war prisoners at the Ovčara farm in 1991.

To learn more about this story, click the link below: