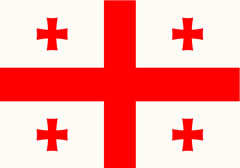 In his Judgment dated 21st March 2016 www.bcl.com/downloads/Judgment210316.PDF Senior District Judge Howard Riddle, the Chief Magistrate, in a comprehensive 31 page analysis discharged DAVIT KEZERASHVILI on both ‘extraneous consideration’ grounds under the Extradition Act 2003 as to political motivation behind prosecutions in Mr Kezerashvili’s home state of Georgia and also in relation to the risk of a trial untainted by political considerations. Mr Kezerashvili is one of the most senior overseas government officials whose extradition has been sought from the UK.

The Government of Georgia has entered no appeal against the decision of Senior District Judge Riddle.

The case was notable for the breadth and depth of the evidence exploring the political situation in Georgia and the facts underpinning the ‎prosecutions. Eight defence witnesses were called from Israel, Georgia (including by video link from prison establishments there), and the UK, seven of whom were witnesses of fact and one an expert. Evidence on this scale is almost unprecedented in extradition proceedings before the Westminster Magistrates’ Court. The witness evidence lasted some six days.

Davit Kezerashvili is a founder member of the United National Movement (“UNM”) political party of which President Mikhail (Misha) Saakashvili was the leader. (Of course, since stepping down as President of Georgia in 2013 Mr Saakashvili has latterly become the Governor of Odessa in Ukraine under the reforming government there.) From November 2006 until his resignation on 5th December 2008, Mr Kezerashvili was Georgia’s Minister of Defence, a time period that spanned the bitter armed conflict in August 2008 between Georgia and Russia over the Russian-backed self-proclaimed republics of South Ossetia and Abkhazia. Prior to his appointment to that position, Mr Kezerashvili had had a reforming role in Georgia’s public service.

Mr Kezerashvili left Government in December 2008 and has held no governmental position since then, although he has remained a leading figure, fundraiser and political strategist in the UNM.

In Parliamentary elections held on 1 October 2012, the UNM lost power to the Georgian Dream Coalition (“GDC”) led by Bidzina Ivanishvili, an oligarch who made his fortune in Russia during the era of Russian privatisation and who is Georgia’s richest man.

Mr Ivanishvili served as Prime Minister of Georgia from 25th October 2012 to 20th November 2013 when he resigned and, ostensibly, retired from formal political office.

The case presented on behalf of Mr Kezerashvili was that Bidzina Ivanishvili continues to exercise de facto political control in Georgia and has done so since his formal resignation as Prime Minister. Mr Ivanishvili is implacably opposed to Mr Saakashvili and those associated with him in the UNM. Immediately after it assumed power, the new GDC government began a wave of investigations, interviews, arrests, and (within a very short pace of time) prosecutions of a remarkable number of former government and UNM officials. As at September 2013, according to the then EU Special Adviser on Constitutional and Legal Reform and Human Rights in Georgia (Thomas Hammarberg), 6156 persons, most of them UNM party activists, had been questioned, and 35 former central government officials had been charged. A 2014 US State Department Report on Georgia, published in June 2015, put the figure at approximately 45 mid or high-level former government officials.
Aside from Mr Kezerashvili, high political figures from the UNM that have been made subject to this process now include former President Saakashvili as well as effectively every senior Minister from the UNM/Saakashvili administration. It appears that Davit Kezerashvili was identified in November 2012, if not before, as a key target.

This wholesale targeting for prosecution of the senior leadership of the former UNM government could only be properly characterised as a programme of political persecution evidenced, in part, by breaches of the presumption of innocence in statements made by members of the Government of Georgia.

The wave of prosecutions has drawn concern and comment from governments (including the US and within the EU), politicians, international organisations and national and regional human rights bodies from within Georgia and abroad. Detailed reports have been made by the US State Department (2014), the Parliamentary Assembly of the Council of Europe in 2014 and 2015 (including its rapporteurs), and the Human Rights Commissioner of the Council of Europe (May 2014), and the UN Human Rights Committee (19 August 2014).

Mr Kezerashvili left Georgia shortly after the October 2012 election to live in Israel. He was arrested while travelling in France in October 2013 on the basis of a bilateral request made by Georgia for his extradition, and he remained in France between then (being held in custody until February 2014 when he was discharged by the French Court on the grounds of political motivation and potential human rights breaches) and the end of May 2014 when he entered the UK. BCL played a key supporting role in assisting French lawyers in defeating the extradition proceedings in France. He has remained in the UK thereafter and since November 2014 has been subject to bail conditions on the commencement of extradition proceedings against him here.

No fewer than five separate sets of criminal proceedings have been brought against Mr Kezerashvili in Georgia since the change of government in 2012. As at 21st March 2016 (the date of his discharge by the English Court), three sets of proceedings remained in existence. From the outset, Mr Kezerashvili has maintained that the criminal allegations against him are baseless and have been improperly commenced as part of a politically motivated and persecutory campaign.

Mr Kezerashvili’s case was that there are a number of improper, political, motives behind the charges. First, the evidence demonstrated that the objective of the Georgian Government is to fulfil the GDC’s political objective of discrediting, weakening and imprisoning the leadership of the UNM as a political force so as to render it incapable of meaningful political opposition, still less returning to government. Secondly, the government by bringing criminal proceedings seeks to put pressure on Mr Kezerashvili personally in order to curtail his work as one of the UNM’s principal fundraisers and key strategists. Thirdly, it seeks to use him (as it has sought to use others) as a tool to incriminate former President Saakashvili falsely.

Accordingly, the Georgian Government has successively preferred repeated indictments at a time and in a manner that suggests that they are not the product of genuine investigations. It has failed to disclose important matters, manipulated INTERPOL’s procedures (as reflected by INTERPOL’s exceptional decision in July 2015 to delete all data concerning Mr Kezerashvili and rescind a “Red Notice” that had been issued at the time of Mr Kezerashvili’s detention in France on the basis that its continuation was incompatible with the INTERPOL Constitution that demands political neutrality), and covertly offered on a number of occasions to withdraw the proceedings if he were to agree to provide incriminating information about Mr Saakashvili.

The fact that a general election is due to take place in Georgia in October 2016 where both the UNM and GDC will present candidates, and the opinion polls are narrowing, is also not without significance in the maintenance of the proceedings against Mr Kezerashvili.
In the extradition proceedings before the Westminster Magistrates’ Court the Senior District Judge had to decide if Mr Kezerashvili’s extradition to Georgia was barred by, amongst other reasons in law, so-called ‘extraneous considerations’ that is:

“…… On balance I find it more likely than not that the desire to prosecute former UNM politicians is a purpose behind these requests. It may not be the only purpose, but without that factor I do not believe, on balance, that these requests would have been made and pursued in the way that they have been. ….”

“………looking at what happened to others, I am satisfied there is a reasonable chance, a serious possibility, that this defendant’s liberty will be restricted (and in particular he may be detained in pre-trial detention) because of a flawed prosecution process motivated by a desire to obtain a conviction of a UNM politician, or by a desire to obtain evidence from Mr Kezerashvili that can be used against senior former colleagues. This decision is supported by, but not dependent on, the decisions of other European Courts and Interpol.”

“Several prosecutions against Mr Kezerashvili have failed, in whole or in part. There is reason to doubt the legal or factual basis for those that remain”. ”