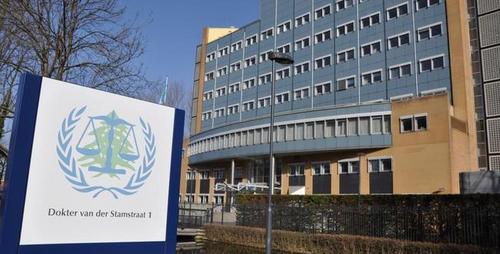 The first contempt case at the Special Tribunal for Lebanon (pictured) has completed in the case against Al Jadeed [C.O] S.A.L/NEW T.V S.A.L (N.T.V) and Ms Karma Mohamed Tahsin Al-Khayat.

In his judgment of 18 September 2015, Judge Lettieri found both Accused not guilty with respect to Count 1 namely, knowingly and wilfully interfereing with the administration of justice by broadcasting and/or publishing information on purported confidential witnesses in the Ayyash et al. case, thereby undermining public confidence in the Tribunal’s ability to protect the confidentiality of information about, or provided by, witnesses or potential witnesses.

However, Ms. Khayat was found guilty of Count 2 – knowingly and wilfully interfering with the administration of justice by failing to remove from Al Jadeed TV’s website and/or Al Jadeed TV’s YouTube channel information on purported confidential witnesses in the Ayyash et al. case, thereby violating the Order issued by the PreTrial Judge in the Ayyash et al. case on 10 August 2012.

Judge Lettieri subsequently sentenced Ms Khayat to a fine of ten thousand euros to be paid in full by 30 October 2015.

The Amicus Curiae has already indicated that he will appeal the decisions of the Contempt Judge acquitting Ms. Khayat on Count 1 and acquitting Al Jadeed [C.O] S.A.L/NEW T.V S.A.L (N.T.V) on both Counts.

In turn, Ms. Khayat has also expressed her intention to appeal the verdict and sentence against her, indicating that the proceedings have significantly disrupted her work as a journalist.

A copy of the judgment in English can be found below:

For further information on the sentencing judgment and the Amicus Curiae’s press release, please click below:

Ms. Khayat’s press release in Arabic can be found below:

For a summary translation in English, please click below: http://intranet/Docs/Public_Information/Morning%20Media%20Roundup_30092015.pdf