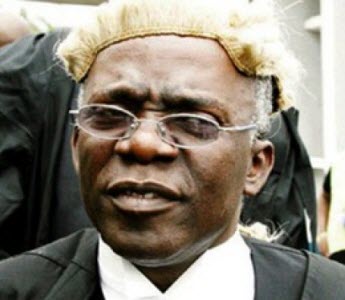 Human rights lawyer, Femi Falana has requested the International Criminal Court to “investigate allegations of crimes against humanity committed against the Nigerian people by some former and serving military as well public officials and private persons who engaged in the criminal diversion of $8 billion earmarked to procure equipment for the armed forces to fight insurgency.”

In a petition addressed to Fatou Bensouda, Chief Prosecutor of the ICC, Falana said, “We are a firm of civil rights lawyers based in Lagos, Nigeria. We are the defence counsel for the majority of the members of the Armed Forces of the Republic of Nigeria who were charged with mutiny, cowardly behaviour and sundry offences before the courts-martial instituted by the former military authorities. As we shall demonstrate, the only “offence” proved against our clients in the military courts was that they had the temerity to demand for weapons to fight the well equipped troops of the Boko Haram sect.”