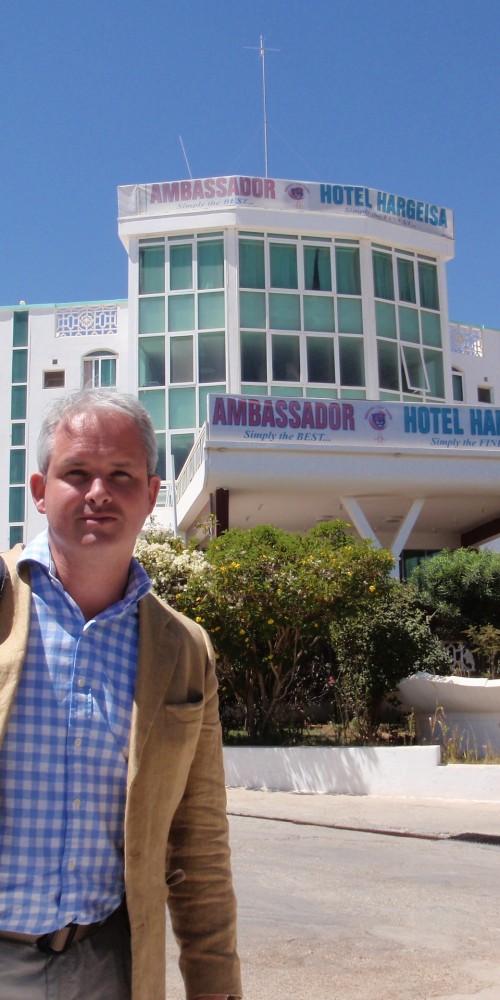 EUCAP NESTOR: Bolstering the Rule of Law to Counter Piracy in the Horn of Africa – Interview with David HAMMOND

Following retirement for the UK Royal Marines as a former frontline operator and then latterly as a naval barrister (Counsel), David Hammond was instructed by the UK Foreign and Commonwealth Office to be the UK representative and lead lawyer for the planning, establishment and delivery of the €40m European Union’s “NESTOR” Common Security and Defence policy (CSDP) Counter-Piracy Legal Advisory Programme for East Africa. As part of the advance planning team, David gained unique and valuable experience throughout East Africa, including in Somalia and where he led the legal liaison with the Somaliland and Puntland authorities at Ministerial and Attorney-General level. David successfully delivered the NESTOR Legal Advisory Programme, involving the establishment of significant rule of law programmes and which he headed up until June 2012.
As the Horn of Africa slowly progresses from a strategy of immediate counter-piracy to a strategy of post-piracy development, David kindly accepted our invitation to respond to a few questions on NESTOR’s mandate and operation. The following answers are provided on the basis that they are correct to the best of his current knowledge.

What is EUCAP NESTOR main role in tackling piracy in the Horn of Africa and the Indian Ocean and, in particular, what are its main thematic areas of operation?

As per the EU Council Decision 2012/389/CFSP of 16 July 2012, the objective of EUCAP NESTOR is to assist the development in the Horn of Africa and the Western Indian Ocean States of a self-sustainable capacity for continued enhancement of their maritime security including counter-piracy, and maritime governance. EUCAP NESTOR will have initial geographic focus on Djibouti, Kenya, the Seychelles and Somalia. EUCAP NESTOR will also be deployed in Tanzania, following receipt by the Union of an invitation from the Tanzanian authorities.
In order to achieve the objective, the tasks of EUCAP NESTOR were identified as being:
(a) assist authorities in the region in achieving the efficient organisation of the maritime security agencies carrying out the coast guard function;
(b) deliver training courses and training expertise to strengthen the maritime capacities of the States in the region, initially Djibouti, Kenya and the Seychelles, with a view to achieving self-sustainability in training;
(c) assist Somalia in developing its own land-based coastal police capability supported by a comprehensive legal and regulatory framework;
(d) identify priority equipment capability gaps and provide assistance in addressing them, as appropriate, to meet the objective of EUCAP NESTOR;
(e) provide assistance in strengthening national legislation and the rule of law through a regional legal advisory programme, and legal expertise to support the drafting of maritime security and related national legislation;
(f) promote regional cooperation between national authorities responsible for maritime security;
(g) strengthen regional coordination in the field of maritime capacity building;
(h) provide strategic advice through the assignment of experts to key administrations;
(i) implement mission projects and coordinate donations;
(j) develop and conduct a regional information and communication strategy.
Why the creation of a mission with such peculiar mandate in the Horn of Africa setting?

At that time, and as far as I was aware, it was determined that in concert with various other on-going counter-piracy initiatives, including military action by EUNAVFOR, established work by EU delegations alongside the IMO, UNODC piracy programme and the likes of the Djibouti Code of Conduct, that a land-based regional programme which imparted expert knowledge and training to judicial, constabulary and other engaged entities throughout the Horn of Africa was the most efficient and effect method of assisting with the suppression of the piracy threat. Bolstering the effectiveness of the rule of law throughout affected areas was also seen as being of key importance in assisting with regional political stability. 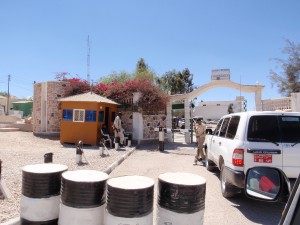 What are, therefore, the main differences in the mandates of EUCAP Nestor and EUNAVFOR and how these coordinate their respective activities?

NESTOR, as described, focuses on the imparting of expert constabulary, judicial, coastguard and logistical knowledge by Member State subject matter experts through training courses. This is separate to, but compliments the military presence provided for by EUNAVFOR alongside the on-going initiatives led by the EU Special Representative for the Horn of Africa.
What is the current status of EUCAP Nestor deployment and what will be its overall structure and geographic area of operation?

I understand that at the moment staff are currently deployed to three countries: Djibouti (Mission Headquarters), the Republic of the Seychelles and Kenya. They will operate in those countries, plus Somalia and which will be the main focus. Tanzania has been asked to participate but so far has not invited the mission to carry out work there. The mission is mandated to run for 2 years commencing from 16 Jul 2012 and is headed up by Jacques Launay.
What were the most challenging aspects in EUCAP Nestor set up and preliminary deployment process, given its geographic and thematic breadth?

The lasting memory I have in relation to the initial stages of the pre-deployment planning for the Technical Assessment Mission (TAM) and subsequent drafting of the Concept of Operations which led to the Operational plan (OPLAN), was the positive drive and collegiate Member State political will in Brussels to make the operation work. This meant significant and sustained drafting, revision and constant presentational updates to the Political and Security Committee (PSC) from what was a small team, as set against the enormity of the task which then faced us. This was undertaken in a structured, collegiate and team-focused manner with many long days and nights spent brain-storming the successive issues that arose. This was undertaken with significant levels of professionalism from selected Member State individuals who had previously never before worked together and this often required a ready sense of humour from all of us.
For my part, once deployed in the Horn of Africa, the issue of establishing a new rule of law and legal advisory programme sat with me due to the limited size of the team. The TAM ran for over one month in total and involved multiple visits to five States by all team members. There was continuous ‘hot’ planning, setting up of meetings on the sour of the moment and exploiting every opportunity to meet key in-country stakeholders. It was what I would call “quick and dirty planning and mission development” and which proved most successful.
The biggest challenge was, in my mind, to achieve local buy-in for our mission and its purpose. This meant that I needed to identify and seek out the key decision makers at every stage and convince them of the benefits of the EU mission and especially of the merits of the Legal Advisory Programme. 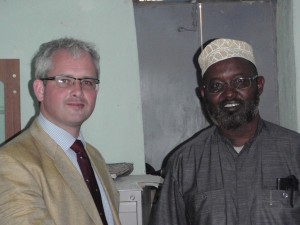 The most striking mission development work for the Legal Advisory Programme that I undertook, was in Somaliland and Puntland alongside the judicial and ministerial authorities. This included being present at piracy trials in the Garowe court and spending time in discussion with the Attorney General, before going on to meet with the Chief Justice and Minister of Justice and Religious Affairs for Puntland. The issue of extending the rule of law into the coastal areas, as well as support within the IDP camps for education in terms of women’s rights and humanitarian law was of particular note and interest for me. Subsequently, I was able to draft the individual programmes that would assist in some of those areas of articulated need and which was most gratifying. In Somaliland, the essence of the interactions were the same in terms of seeking out areas in which we could assist the authorities with the development of the rule of law through imparting knowledge via training and advisory roles.

Current available data shows that piracy attacks in Somalia are diminishing. Is this the result of the international community efforts to combat piracy and what impact will this have on the continuation of such efforts, particularly the full implementation of EUCAP Nestor mandate?

I am informed that the decrease in attacks is due to a variety of factors, including: EUNAVFOR’s ATALANTA operation and other naval operations, greater use of PSCs, greater use of best practices to avoid risks as well as improved information sharing. However, I am informed that this reduction is probably fragile and could be reversed without careful oversight. As such, the environment in which EUCAP NESTOR was envisaged to act has changed, but arguably there is now an even greater need for the mission as the success of reducing piracy at sea has opened the possibility of doing even more to create security and stability on land, which will provide the conditions for a lasting reduction in piracy.

David Hammond can be contacted at: