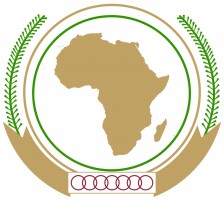 Africa’s Human Rights Commission has ordered Ethiopia to pay a girl £100,000 in compensation for failing to protect her rights after she was raped.

In 2003, Aberew Jemma Negussie was convicted of the abduction and rape of the girl when she was only 13 years old. This conviction was overturned on appeal as the prosecutor stated that only a virgin could be raped, and the victim could not offer proof as to whether or not she had lost her virginity.

In 2007, international human rights group, Equality Now, took the case before the African Commission on Human and Peoples’ Rights as “local avenues to justice were exhausted”.

Nine years later, the Commission ruled that Ethiopia had violated the girl’s rights to equality, dignity and a fair trial, among others. It said that the payment of money would be “compensation for the non-material damage she suffered as a result [of] the violations”.

For more background information on this story, click the following link: