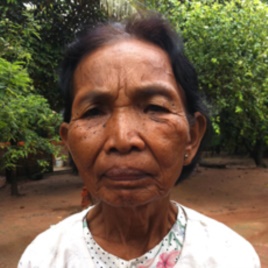 The judicial investigation against Im Chaem was initiated following receipt of the Third Introductory Submission filed by the International Co-Prosecutor on 9 September 2009. The scope of the investigation was subsequently expanded by Supplementary Submissions filed by the International Co-Prosecutor on 18 July 2011, 24 April 2014, 5 August 2015, and 20 November 2015.

Today’s notification marks the conclusion of over six years of judicial investigation into Im Chaem for alleged crimes committed between 17 April 1975 and 6 January 1979. The judicial investigations against Ao An and Yim Tith in Case 004, who were charged by the International Co-Investigating Judge on 27 March 2015 and 9 December 2015, respectively, remain open.

Click the following link to visit the website for the ECCC (Extraordinary Chambers in the Courts of Cambodia):