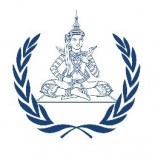 The International Co-Prosecutor of the Extraordinary Chambers in the Courts of Cambodia (ECCC), Andrew Cayley QC, is touring Europe in an attempt to secure further funding for the Court. He warns that the ECCC faces collapse unless European governments come to its rescue.

UN Special Expert to the Extraordinary Chambers in the Courts of Cambodia David Scheffer is also in Europe to seek funding. Ambassador Scheffer stated:

“I hope governments will view sustained support for the ECCC as an investment in the rule of law in Cambodia and in international justice globally. When the United Nationes approves the creation of a criminal tribunal like the ECCC to address the most heinous atrocity crimes known to humankind, sustaining critical support for its relatively cheap administration of international justice should not be this difficult.”

The three highest-ranking surviving members of the Khmer Rouge are currently on trial. The “first lady” of the Khmer Rouge, Ieng Thirith, was released in September 2012, having been declared unfit to stand trial after she was diagnosed as suffering from Alzheimer’s disease.

The Cambodian government has come under intense scrutiny and criticism for its attempts to interfere in the ECCC’s proceedings. The effect of fluctuating international financial and political support should perhaps also be scrutinised.