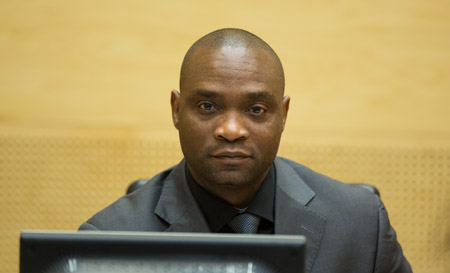 On 25th July 2017, The Trust Fund for Victims at the International Criminal Court (ICC) submitted a draft plan to ICC Trial Chamber II detailing the scope of reparations to be ordered against Germain Katanga (pictured).

On 7th March 2014, Mr Katanga was convicted of crimes against humanity, and four counts of war crimes, including murder, attacking a civilian population, destruction of property, and pillaging. On 23rd May 2014, he was sentenced to 12 years’ imprisonment. The sentence was later reduced and completed on 18th January 2016.

The draft explains what the Trust Fund plans to administer in relation to the reparations that are owed to the 297 casualties recognised by the Trial Chamber. This arrangement is an effect of meetings with the Legal representatives of victims, the experts in Ituri and Kinshasa in the Democratic Republic of Congo (DRC), and the Defence for Mr Katanga.

David Hooper QC, lead counsel in the DRC case of Mr Katanga said of the draft plan, “the Defence is in the process of appealing the order so as to seek a reduction of the sum, nominal or otherwise, that Mr Katanga has been ordered to pay so as to better reflect not only his reduced role in the offences but also the reality of his impoverished situation.”

In May 2017 the Trust Fund’s Board awarded $1 million to the casualties in the Katanga case covering the reparations granted by the Trial Chamber. The Board additionally welcomed a commitment of €200,000 by the Dutch government, which included funding covering the cost of individual awards.

To read a more detailed account of this story courtesy of The International Criminal Court, click below: