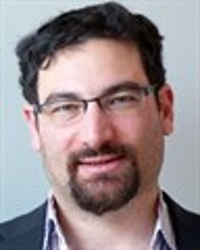 The barristers’ Chambers of Steven Kay QC at 9 Bedford Row are pleased to announce that distinguished door tenant and Assistant Professor at the Grotius Centre of the University of Leiden, Dr Dov Jacobs, has submitted a communication to the Prosecutor’s office of the International Criminal Court in The Hague in which he argues that human rights reports could contain serious flaws in terms of their methodology and reliability and should be treated with caution at the preliminary examination stage. The report argues it is important that the Prosecutor does not lean too heavily on such reports in deciding whether to launch a formal investigation.

Focusing in particular on the OTP’s treatment of the preliminary examination of the so-called Situation in Palestine, Dr Jacobs writes that preliminary examinations by the court’s Prosecutor should not be treated as a self-contained exercise whose only purpose is to determine whether to open a formal investigation. Instead, human rights reporting should be seen as a first investigative step in potential cases.

Dr Jacobs called on prosecutors to apply a sufficiently rigorous standard when assessing the relevance, reliability, credibility and completeness of eyewitness human rights reports, particularly those from non-governmental organisations and UN bodies and argues that this standard is comprised within the Prosecutor’s professional obligations.

According to the submission, common flaws in human rights reports include issues around the reliability of sources of documentary evidence, that the reliability of eyewitness evidence is unverifiable and the lack of access to the scene of alleged incidents.

The report, which is supported by The Lawfare Project and UK Lawyers for Israel, notes that frequent issues arise over videos and photographs that had been allegedly staged or falsely ascribed to a particular incident or conflict. Others had allegedly been doctored or edited. Human rights reports were also found to contain fabricated medical evidence and evidence that could be influenced by fear of reprisals.

Dr Jacobs’s communication also argues that human rights reports were guilty of plainly incorrect legal propositions, including systematic ignorance of the requirement of mens rea — intent — for the existence of a crime.

The report is available in full here: 2019.05.31 Article 15 Communication Situation in Palestine Jacobs.

A link to coverage in The Times on Dr Jacobs’ report is available https://www.thetimes.co.uk/article/reports-of-war-crimes-are-often-misleading-un-warned-sxpwpbcjk.