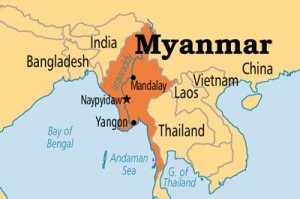 Over the last 11 days, approximately 123,000 Rohingya people have entered Bangladesh after becoming displaced from their homes in Northern Rakhine in Myanmar. The cause for this sudden mass migration is the violence that broke out in August between Myanmar security forces and members of the Rohingya community who the Myanmar authorities have labeled as ‘terrorists’.

The fighting is said to have begun when Rohingya militants allegedly launched attacks on police outposts and security forces responded with military action. The conflict is ongoing.

Myanmar’s de-facto leader, Aung San Suu Kyi, has stated on Facebook that her government had “already started defending all the people in Rakhine in the best way possible.” Aung San Suu Kyi’s statement also said that ‘fake news’ photographs have been circulating which alongside other calculated misinformation is meant to generate tensions between various communities so as to promote the interests of terrorists.

It is estimated that the addition of around 123,000 more Rohingya people brings the total number of refugees who have fled the violence in Myanmar for Bangladesh to over 200,000. Many of them are reportedly living in existing crowded refugee camps whilst others have either built makeshift shelters for themselves or are surviving in local villages. It is also being reported that many of the Rohingya arriving in Bangladesh are injured, sick and suffering mental trauma.

Further information is available at the following pages: