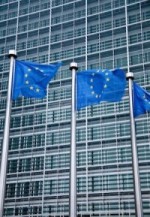 The Independent newspaper has reported on the potential ramifications Brexit could have on the issues of policing and security, including human trafficking.

Police and Security Experts have warned that the “loss of EU regulations, funding from Brussels and the jurisdiction of the European Court of Justice could ruin the work the United Kingdom has done over the years with its European partners in countering the trading of women and children for sex.” This is because much of Britain’s existing legislation that concerns trafficking comes from Brussels.

Legal experts are concerned that the safeguards offered by existing UK legislation, in the form of the Modern Slavery Act, are insufficient in providing victims with suitable protection. They are also worried that that EU justice powers that help in cross-border investigations and policing arrangements will be abandoned after the Brexit process has been completed.

Through cooperating with its European neighbours, the United Kingdom has allowed police across the continent to crack down on organised criminal groups that use both people and sex as currency for trade.

Former political adviser on policing and crime for the Mayor of London, Tamara Barnett, who now works for the Human Trafficking Foundation, has said that “time and again lawyers are compelled to use EU law to defend victims of trafficking”. She went on to say that, “without these laws in place, it will be much harder, in some cases impossible, to seek justice on a victim’s behalf, and that is obviously very worrying.”

An instance of the UK working with another EU state, in this case Romania, to counter human trafficking is Operation Golf. This entailed a joint investigation team from both countries that helped break up one of the biggest rings in Europe that had been responsible for trafficking over 1,000 children, including hundreds to Britain. The end result of this mission saw twenty eight children saved, and 126 members of the criminal group incarcerated.

Another example of the EU helping in the struggle against human trafficking is the 2005 Convention on Action against Trafficking in Human Beings. This was implemented by the European Union to support victims of trafficking and includes a “recovery and reflection period”, which prohibits them from being deported. The treaty can be read here.

UK Prime Minister, Theresa May, is thought to be willing to use a deal on security co-operation as leverage during trade negotiations but Downing Street has refuted this suspicion.

To read about this story in more detail, click the link below: