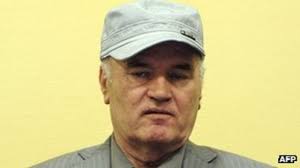 From 5 to 16 December the International Criminal Tribunal for the Former Yugoslavia will hear closing argument for the last time.

General Mladić faces an eleven count indictment, alleging genocide, crimes against humanity and violations of the laws or customs of war. These substantive offences are alleged to have been committed through all possible modes of liability under the Tribunal’s Statute, including command responsibility and four separate joint criminal enterprises. Evidentially the case is divided into four components, with crimes being alleged in Srebrenica, Sarajevo and 15 municipalities. He is also alleged to be responsible for taking UN personnel hostage in May 1995.

This is the last trial to be heard by the ICTY. Following the trial judgment, the Mechanism for International Criminal Tribunals will assume jurisdiction over the case, including hearing any appeal. The MICT is currently seized of appeals lodged by the Prosecution in Šešelj and a cross-appeal in Karadžič, as well as a retrial in the case of Stanišić and Simatović.

Joe Holmes of 9 Bedford Row represents General Ratko Mladić and assisted in the drafting of his Final Brief. He is led by Branko Lukić, Miodrag Stojanovic and Dragan Ivetić.