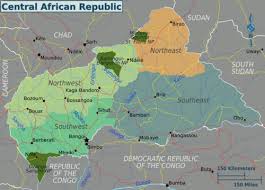 On April 22, 2015, the Central African Republic’s transitional parliament voted to adopt a law to create a Special Criminal Court to investigate and prosecute war crimes and crimes against humanity that have been committed in the Central African Republic since 2003. In order for the Special Criminal Court to now be established, its acting president, Catherine Samba-Panza, must enact this law. For more detail, go to http://arcproject.co.uk/2015/05/central-african-republic-votes-to-create-new-hybrid-tribunal/