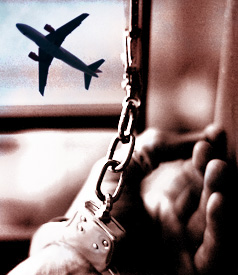 There are two concerning elements in this case, firstly, the conditions under which Mr. Adorus is being held, and secondly, the fact there are allegations the UK may have been complicit in his treatment.

Mr. Adorus is a UK citizen and has lived in this country since he was a child. Prior to his trip to Ethiopia to visit sick family members, there is a clear suggestion that he was harassed by MI5 without justification.

Having been detained in Ethiopia, he was forced to sign a confession in a language that he does not speak, and having analysed that statement, there are very clear points that are believed to have come from British Intelligence.

That confession was signed, having been denied access to a lawyer, or his family for 20 weeks.

The UK Foreign Office has failed to do anything to significantly help Mr Adorus, despite knowing of the complaints made.

His treatment has resulted in there now being real concerns that his life is at risk. Mr Adorus was diagnosed with testicular cancer previously, but it was thought to be in remission. He is now suffering from significant pains in his kidneys, which is an indicator that the cancer may have returned. There is credible opinion that the prolonged torture he was subjected too has had an affect on the cancer potentially returning.

There have been numerous requests made that he be examined by an independent doctor; however, all such requests have been ignored.

The inaction by the Foreign Office, and the complicity of the UK security services is of significant concern in this case. It is at the forefront of the public conscience at present given the likely use of Diego Garcia as a base for rendition flights, despite this being consistently denied by the UK Government, .

It is noted that today 16 July 2014, the documents initially suggested to have been ‘water damaged’, have now dried out following a further investigation. The documents in question are those that will purportedly show that the UK was well aware that Diego Garcia was being used by US flights with those subject to rendition on board.

The fact remains that a UK citizen has been tortured in breach of all international standards, and remains subject to detention on the basis of the most flimsy of evidence, and yet the UK Government remains far too silent. .

The UK Foreign Office must now take this case up with the Ethiopian authorities at the very highest level. They must ensure that Mr Adorus is released immediately and receives immediate medical treatment. The UK Government were given assurances by the Ethiopian authorities that there would be a proper investigation into the allegations of torture. There would appear however to be no credible evidence that any such investigation ever took place. The allegations of torture relate to the 5 month period when Mr Adorus was detained in custody in a Ethiopian police station, before his transfer to a prison in Addis Ababa.

There needs to be an enquiry in order to ascertain whether the security services were complicit in the detention and torture of Mr Adorus. It is only through a proper enquiry into such allegations that credibility can be regained.

The UK Government cannot hold themselves out to be the defender of Human Rights, and continue to criticise those countries who have no respect the same when in reality they are trampling on their own citizens behind closed doors.