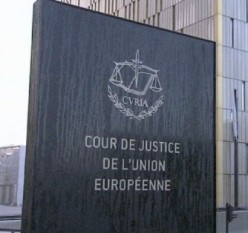 By Joshua Kern and Alex Kay

The views expressed in this piece are personal to the authors

The UK Government has published a policy paper titled: Enforcement and dispute resolution – A Future Partnership Paper which asserts that the “direct” jurisdiction of the European Court of Justice (ECJ) will end with the completion of Brexit.

The ECJ makes sure that member states of the European Union abide by its law. The court’s rulings are binding on all members; it also settles disputes between countries and EU institutions. It is separate and distinct from the European Court of Human Rights which, for now, the UK intends to remain a member.

In its paper released yesterday, the UK Government has outlined that it:

The paper outlines several models used by other countries that it says prove there is no reason for the European Court of Justice to be the final arbiter, suggesting both political/diplomatic as well as arbitral dispute resolution mechanisms as potential solutions.

When Theresa May was asked about her government’s position, she said: “What we will be able to do is to make our own laws – Parliament will make our laws – it is British judges that will interpret those laws, and it will be the British Supreme Court that will be the ultimate arbiter of those laws.”

Critics of the Prime Minister and her government say it will be impossible to avoid European judges having a role in interpreting the UK’s ultimate Withdrawal Agreement. The UK Government’s position, which is that the ECJ’s “direct” jurisdiction will end, appears to reflect this dilemma.

To us, at this stage, it seems difficult to foresee a negotiated UK Withdrawal Agreement which will render the future jurisprudence of the ECJ mere persuasive authority in UK courts (akin, for example, to Commonwealth jurisprudence). What seems more certain is that from March 2019 UK judicial representation at the ECJ will end. At least as far as ECJ jurisprudence relates to the interpretation and application of any final Withdrawal Agreement, the content of the UK Government’s policy paper leaves the distinct impression that “taking control of our laws” may not have quite the meaning that Mrs May claims.

And click below for analysis of these events, including reactions from the various political parties in the UK: