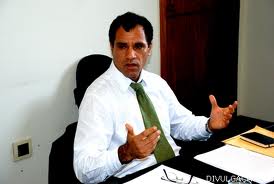 In the event the Senate agrees to initiate an impeachment trial against President Rousseff next week, the President will only be suspended from her duties for up to 180 days. For the trial to go ahead, a simple majority of Senators (41 of the 81) must vote in favour. Rousseff will not be removed permanently from the Presidency unless two-thirds of the Senate find her guilty at the conclusion of the trial after the exhaustion of the appeal process.

Suspension from exercising presidential duties (Article 86, paragraph 1 of the Constitution) represents a guarantee (not a legal restriction), which takes into account President Rousseff’s fundamental right to prepare her defence to the allegations against her in accordance with due process and the presumption of innocence (Article 5 LIV and LV and LVII of the Constitution). Suspension of the President is not to be interpreted as a deterrent sentence imposed in advance, or as a removal of the current government. Article 79 of the Constitution does not authorize Vice-President Temer to form a new government or appoint new ministers of state, before final judgment following trial and appeal.

Vice-President Temer, as stated in earlier pieces published on this site, can only assume presidential power in the event of:

1) The definitive impediment of Dilma Rousseff following trial and appeal; or

2) In succession of vacancy and in case of death or resignation of the current President.

Notwithstanding these facts, Vice-President Temer has displayed a total lack of propriety and ethics in abusive and authoritarian ways, supported by traditional media outlets and parliamentarians who are themselves accused of corruption before the Supreme Court. Vice-President Temer has already announced a new government plan called “Bridge to the Future” (which removes several social rights of Brazilian workers), before the impeachment process has even been initiated by the Senate, and has set out the names of ministers in his illegitimate government coalition in advance. Among the nominees are politicians who face serious corruption charges before the Supreme Court. Astonishingly, Mr. Temer announced recently in the media, that he found it to be legitimate to have politicians who are involved in corruption scandals partake in his new proposed government.

What can also be found on Vice-President Temer’s proposed ministerial list, are the names of agents who served in the most recent dictatorship in Brazil (1964-1985). One such individual is Wellington Moreira Franco who is well-known in political circles, as mayor of the city of Niteroi, State of Rio de Janeiro (1977-1982) and who was elected by the ARENA/PDS party of the dictatorship. In 1982, he was candidate in the state of Rio de Janeiro running for the PDS, with full support from the last dictator President João Batista Figueiredo.

In my book “Judicial Power and the Brazilian Dictatorships”, I begin with the question: “How can an authoritarian past be disrupted, if it is still present today?”

Brazil has not yet broken completely with its authoritarian past, exemplified by the gentlemen representatives of their oligarchies, who now have the opportunity to try to “(re)take the state” through an institutional and political coup, which only serves former stakeholders in Brazil, as recently published in the American magazine “The Nation”. What we are potentially facing is a coup in Brazil by the imposition of an illegitimately appointed government, alongside the overrunning of the democratic process and the Constitution, in circumstances where the President herself has yet to be told whether or not she will face trial.

On 5th May, the Supreme Court finally suspended Eduardo Cunha, the Lower House Speaker, from his mandate following an earlier request by Brazil’s attorney general. In his request, the attorney general had prayed in aid that Mr. Cunha could “interfere with operating institutions” which is what in fact happened at the time the impeachment request was accepted by Lower House representatives on 17th April 2016. Several months ago, the Supreme Court ruled that Mr. Cunha should be tried before the Commission of Ethics, a branch of the Lower House. This trial however has been avoided by Mr. Cunha to date by clearly manipulating its members and by stretching the rules of the Commission. Mr. Cunha is an outspoken critic of President Rousseff and has led the impeachment drive against her.

Due to Cunha’s undue influence and contamination of the Lower House by threats and bribery exerted on members at that time, the Supreme Court now has a duty to annul the decision in favour of impeachment proceedings which was made in the Lower House. The Supreme Court still has this opportunity to act to prove to Brazil and the rest of the world that it will not be manipulated by such undue influence.

In the event the decision is not annulled and the Senate decides by a simple majority to put President Rousseff on trial, the Supreme Court should clarify that the Vice President cannot appoint a new ministry or execute a new economic plan, which has not been submitted to popular vote.

The Supreme Court in Brazil has the duty to uphold democracy as a full member of the Venice Commission. The only real question that won’t be silenced is whether or not the Constitution will be respected or not, and whether Brazil will be permitted to mature its democracy.