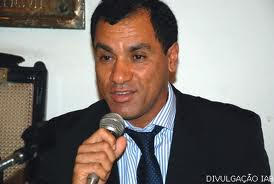 On 12th May 2016, 55 of the 81 members of the Senate voted to put President Rousseff on trial before the Senate on charges alleging the breaking of budgetary laws during her tenure as President. After being officially notified, Dilma Rousseff was suspended, ending 13 years of rule by the leftist Workers Party. Vice President Michel Temer has become the acting President during her trial. Mr. Temer is also facing investigation by a commission set up by the Lower House of Congress to analyse whether or not impeachment proceedings against him should proceed. It is apparent to the whole world that what is going on in Brazil is a highly self-interested process of political skulduggery aimed at wresting power from President Rousseff.

During Dilma Rousseff’s address to the public later the same day, she stated that while she may have made mistakes during her presidency, she did not commit any crimes. She called the impeachment “fraudulent” and a “coup”. She has also stated in the international media that she will fight the impeachment charges and is confident that she will be declared innocent at the end of the process. The Senate now has 180 days in which to start, conclude and deliver its verdict in these trial proceedings, which are due to begin in the coming weeks. To convict her, 2/3 of the Senate members must vote to impeach.

This ‘trial by Senator’ however is flawed from the outset as Dilma Rousseff is set to be tried by her accusers – a far cry from an impartial tribunal, which is required under Brazil’s constitution and pursuant to its international treaty obligations. The obvious bias of Senators has been evidenced in large part already and in public in the 15-minute speeches they were allowed to present before the vote was held. This constitutes evidence that Miss Rousseff will not be judged by an impartial tribunal, a fundamental right for any citizen of Brazil. Any ‘trial by Senator’ of Dilma Rousseff on charges of malversation (budgetary law pursuant to Article 85 of the Constitution) cannot be fair in circumstances where there is overwhelming evidence that those who seek to judge her lack independence. Any such ‘trial by Senator’ would breach the duty to be tried in accordance with the due process of the law as guaranteed by Article 5 LIV of the Constitution, the right to a “full defence”, fair trial (Art. 5 LV), and the presumption of innocence (Art. 5 LVII).

Furthermore, where there is overwhelming evidence to show that Senators are neither independent nor impartial, any such trial would breach Brazil’s international treaty obligations under Article 14 of the International Covenant on Civil and Political Rights (“ICCPR”) and Article 8 of the American Convention on Human Rights (“ACHR”). Both conventions have supra-legal status in Brazilian law as a result of their ratification and incorporation pursuant to Article 5 of the Constitution.[1] Brazil ratified these conventions in 1992.

Article 14 of the ICCPR provides that:

1. All persons shall be equal before the courts and tribunals. In the determination of any criminal charge against him, or of his rights and obligations in a suit at law, everyone shall be entitled to a fair and public hearing by a competent, independent and impartial tribunal established by law. The press and the public may be excluded from all or part of a trial for reasons of morals, public  order or national security in a democratic society, or when the interest of the private lives of the parties so requires, or to the extent strictly necessary in the opinion of the court in special  circumstances where publicity would prejudice the interests of justice; but any judgement rendered in a criminal case  or in a suit at law shall be made public except where the interest of juvenile persons otherwise requires or the proceedings concern matrimonial disputes or the guardianship of children.

2. Everyone charged with a criminal offence shall have the right to be presumed innocent until proved guilty according to law.

3. In the determination of any criminal charge against him, everyone shall be entitled to the following minimum guarantees, in full equality:

(a) To be informed promptly and in detail in a language which he understands of the nature and cause of the charge against him;

(b) To have adequate time and facilities for the preparation of his defence and to communicate with counsel of his own choosing;

(c) To be tried without undue delay;

(f) To have the free assistance of an interpreter if he cannot understand or speak the language used in court;

(g) Not to be compelled to testify against himself or confess guilt.

Article 8 of the ACHR provides that:

1. Every person has the right to a hearing, with due guarantees and within a reasonable time, by a competent, independent, and impartial tribunal, previously established by law, in the substantiation of any accusation of a criminal nature made against him or for the determination of his rights and obligations of a civil, labor, fiscal, or any other nature.

2. Every person accused of a criminal offense has the right to be presumed innocent so long as his guilt has not been proven according to law. During the proceedings, every person is entitled, with full equality, to the following minimum guarantees: a. the right of the accused to be assisted without charge by a translator or interpreter, if he does not understand or does not speak the language of the tribunal or court; b. prior notification in detail to the accused of the charges against him; c. adequate time and means for the preparation of his defense; d. the right of the accused to defend himself personally or to be assisted by legal counsel of his own choosing, and to communicate freely and privately with his counsel; e. the inalienable right to be assisted by counsel provided by the state, paid or not as the domestic law provides, if the accused does not defend himself personally or engage his own counsel within the time period established by law; f. the right of the defense to examine witnesses present in the court                 and to obtain the appearance, as witnesses, of experts or other persons who may throw light on the facts; g. the right not to be compelled to be a witness against himself or to plead guilty; and h. the right to appeal the judgment to a higher court.

Furthermore, any ‘trial by Senator’ would also contravene the Sustainable Development Goals, to which Brazil has declared its commitment as a UN Member State. Goal 16 is to “promote peaceful and inclusive societies for sustainable development, provide access to justice for all and build effective, accountable and inclusive institutions for all. Goal 16.3 sets out the aim of promoting “the rule of law at the national and international levels and  ensure equal access to justice for all.” Goal 16.5 refers to the aim of substantially reducing “corruption and bribery in all their forms”, while Goal 16.6 refers to the need to “develop effective, accountable and transparent institutions at all levels.” These goals underscore the need to ensure that any trial of Dilma Rousseff is conducted in accordance with the rule of law.

There is also a further and perhaps initial legal challenge that should be mounted, namely that the Lower House decision to start the impeachment process, at the instigation of Mr. Cunha, the Lower House Speaker at that time, was illegal as it was based upon the votes of individuals who had allegedly been bribed to act against Dilma Rousseff. The matter should not therefore have ever reached the Senate.

The legality of the proposed ‘trial by Senator’ must be challenged given the breach of both constitutional and international legal provisions that would ensue, should such a trial be allowed to proceed. The legality of the Lower House decision should also be reconsidered by way of preliminary motion in the context of a trial before the Senate.

[1]Article 5 of the Brazilian Constitution provides as follows: “Paragraph 1. The provisions defining fundamental rights and guarantees are immediately applicable. Paragraph 2. The rights and guarantees expressed in this Constitution do not exclude others deriving from the regime and from the principles adopted by it, or from the international treaties in which the Federative Republic of Brazil is a party. Paragraph 3. International human rights treaties and conventions which are approved in each House of the National Congress, in two rounds of voting, by three fifths of the votes of the respective members shall be equivalent to constitutional amendments.”