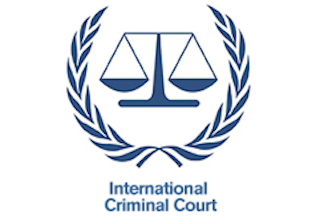 Gabriel M. Lentner’s “The UN Security Council and the International Criminal Court: The Referral Mechanism in Theory and Practice” is a timely and important contribution. As the title suggests, the monograph (published by Elgar in November 2018) focuses on the relationship between the UN Security Council and the ICC. It also provides readers with insights into ICC situations involving the conduct of non-states parties’ nationals more generally, i.e. where jurisdiction is “triggered” pursuant to Article 12.

The contribution is timely not least because no prior text has quite so comprehensively examined the legal issues relating to the role played by the Security Council before the Court, and related issues engaged by the investigation and prosecution of nationals of non-states parties. The Court’s stakeholders can now digest a text which provides a positivist legal framework through which to view these fundamental jurisdictional issues. Not only given the status of Jordan’s appeal on immunities in Bashir, but also considering the status of the OTP’s Afghanistan Request, the investigation of Russian conduct in the Situation in Georgia, PTC I’s findings with respect to the Court’s objective legal personality in the Rohingya Decision, and the status of the OTP Preliminary Examination of the Situation in Palestine (to name five), the timing of Professor Lentner’s contribution is welcome.

Beginning with negotiations on the Security Council referral mechanism in Rome, Professor Lentner traverses and defines the Article 13(b) referral mechanism’s legal nature, considering the capacity of both the Security Council and the ICC under their respective constitutive instruments. The legal nature of the Security Council referral is defined as “the legal authorization of the (otherwise unlawful) exercise of jurisdiction by the ICC over situations in states not party to the Rome Statute”, and it operates through “the (indirect) conferral of powers by states” (p.51), or (put another way) by way of delegation (p.96). The distinctions between the delegation modalities prescribed by the UN Charter and Rome Statute respectively are handled with skill, as are issues relating to immunities. Perhaps it is regrettable that the book’s publishing deadline was presumably too early to allow for a full response to submissions made during the Appeals Chamber’s hearings in September 2018 during Jordan’s appeal in Bashir. Nevertheless, Professor Lentner’s analysis will provide readers with carefully researched insights and an excellent framework for review of the Appeals Chamber’s decision when it is handed down.

Professor Lentner’s exposition of both the mechanics of and the legal principles underpinning the delegation model provides us with an important reminder of the positive legal basis through which the Court and the Rome Statute derive their authority. As such, his contribution may in time provide further support to an argument that the Court derives its enforcement jurisdiction from the delegated jurisdiction of states rather than through its objective legal personality and the Rome Statute itself.  For so long as the notion of the Rome Statute’s universalism remains no more real than utopia, absent an Article 13(b) referral the idea that the Court can enforce the ius puniendi of the whole international community against nationals of non-consenting states has no basis in a world where half of humanity are nationals of countries “outside the court” (p.115).

On occasion, this reader disagreed with Professor Lentner’s conclusions. In his assessment of the dispute between Dapo Akande and Madeline Morris on whether the ICC may exercise jurisdiction over nationals of non-states parties, Professor Lentner agrees with Dapo Akande that “states parties to the ICC have a right ‘to create an international court endowed with the criminal jurisdiction ordinarily possessed by the parties’” (p.41).

This conclusion is regrettable, for it does not acknowledge that the nature of the ICC’s criminal jurisdiction is of a different – international – order to that which is ordinarily possessed by states parties. As Professor Lentner writes himself just twenty pages later, the ICC exercises an international criminal jurisdiction through its capacity as an “separate international organization established by the Rome Statute which exercises its public authority over individuals” (p.61). It is of course true, as Professor Lentner recognises, that states parties and Article 12(3) declarants cannot delegate their enforcement jurisdiction in the territory of a non-state party. However, Professor Lentner declines to acknowledge expressly that prior to the establishment of the ICC, there was no prior instance of state practice permitting a state to delegate its enforcement jurisdiction over a national of a non-consenting state to a treaty based international criminal court, even where the crime was committed inside the territory of a state party, absent a constitutive (or initiating) resolution of the Security Council. Nor does opinio juris support the permissibility of such an act of delegation.

Professor Lentner himself describes a practice whereby “the ‘erosion’ or ‘decay’ of consent may be witnessed in international law generally” (p.42). While his book provides an important safeguard with respect to the jurisdictional limitations of Article 13(b) of the Rome Statute, it is perhaps a pity that the author’s conclusions are not followed to their logical conclusion with respect to application of Article 12 to nationals of non-states parties who do not consent to ICC enforcement measures.