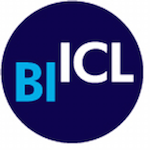 On 12th October 2017 the British Institute of International and Comparative Law is to hold an event in London called The Disappearing Trial – The rule of law in a world with more guilty pleas and fewer trials. It has been co-organised by the Bingham Centre for the Rule of Law and human rights organization, Fair Trials.

The evening aims to bring together prominent lawyers from both the United Kingdom and America to discuss the dependency that countries across the world increasingly have on trial waiver systems. A panel of guest speakers will talk about the consequences of these systems for the rule of law, and other criminal justice priorities such as efforts to tackle torture, corruption and the overuse of pre-trial detention.

To find out more and to book a place, click the following link: