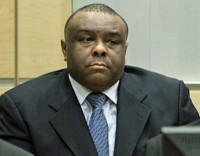 Former vice-president of the Democratic Republic of Congo, Jean-Pierre Bemba and four of his associates have been collectively sentenced to almost seven years’ imprisonment for offences against the administration of justice under Article 70 of the Rome Statute.

Judges ruled that Bemba himself should be sentenced to one year of imprisonment and that he pay a 300,000 Euro fine to the Trust Fund for Victims. The sentence will run consecutively to his 18-year sentence.

This is the first time that a witness-tampering trial has taken place at the ICC. The prosecution and the defence may appeal the sentencing decision within 30 days of it being announced.

To learn more details, click the link below to be taken to The Coalition for the ICC’s website: