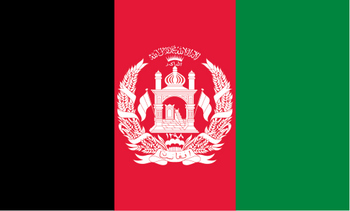 Fatou Bensouda, the Prosecutor of the International Criminal Court has said in her annual report that she had a “reasonable basis to believe” that members of the U.S. armed forces may have committed war crimes whilst in Afghanistan, including torture.

Whilst the USA is not a part of the ICC, Afghanistan is, so allegations of crimes committed within its borders are likely to be taken seriously by the Court.

The report said that when conducting interrogations of prisoners, troops and C.I.A. officials had “resorted to techniques amounting to the commission of the war crimes of torture, cruel treatment, outrages upon personal dignity, and rape.”

According to the document, troops subjected approximately 61 prisoners to these practices, and C.I.A. officers did so in respect of at least 27 individuals, mainly throughout 2003-4.

The report also stated that the Prosecutor had discovered proof of “torture and related ill treatment by Afghan government forces,”, especially by its intelligence agency and police. The report was also clear that war crimes and crimes against humanity committed by the Taliban and its affiliates would also be subject to investigation.

Finally, the report stated that it was currently seeking clarity from U.S. authorities on the inquiries into the conduct of C.I.A. officials before making a final decision on whether to conduct a full investigation. Such a decision would be made “imminently,” according to Prosecutor Bensouda.

And click the following link to access a copy of The Prosecutor’s Annual Report on Preliminary Examination Activities (2016):