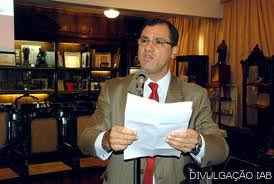 To Judges in Defence of Democracy

Brazil is a full member of the European Commission for Democracy through Law, the Venice Commission.

Our country is amongst the largest democracies in the world and has the 7th biggest economy, but we are now facing serious political and institutional instability, which threatens to overrun the democratic order and the current government, which has been legitimately elected by the Brazilian people.

According to the Brazilian Constitution, it is the duty of the Supreme Court to ensure the maintenance of the current government, until the final conclusion of any impeachment trial, if indeed the Federal Senate determines that a trial should be held. In the eventuality of such a trial, such proceedings must be carried out in accordance with the rule of law, due process, the right of the Defence to present its case, and the rights of the Accused, including most importantly, the presumption of innocence.

It is important to emphasise the general climate of apprehension, which currently reigns in Brazil, as parliamentary groups accused of corruption in criminal cases, are acting in association with the Vice President of the Republic, with the support of traditional media outlets, to force the hasty implementation of a new government. Such actions are taking place in circumstances where the Senate has not yet even delivered its decision as to whether or not President Rousseff should stand trial on allegations of breaking budgetary rules.

According to the constitution, a new government cannot be formed before the final judgment, including the exhaustion of any appeal, of any future impeachment trial. The appointment of a new government in any other circumstances would be a violation of the constitution and threaten the heart of Brazil’s democracy. Today, the stakes are perilously high in our country and around the globe as any unconstitutional action would create a dangerous precedent for democracy. Such action would also risk jeopardising the fundamental principles upheld by the Venice Commission, of which Brazil is a full member, represented by the President and a Judge of the Federal Supreme Court of Brazil.

In such circumstances, we hope that Judges in defence of democracy comprehend the gravity of the situation facing Brazil. We appeal to everyone defending democracy, to express their concern in a public open letter addressed to the Supreme Court of Brazil, in order to ensure that the guarantees agreed upon by the members of the European Commission for Democracy through Law, the Venice Commission, are upheld.