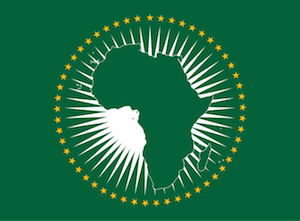 Last week the 28th African Union (AU) summit took place in Addis Ababa where it was reported that many African governments have deepened a vital pushback against mass withdrawal from the International Criminal Court (ICC). While the regional body did adopt an “ICC Withdrawal Strategy,” a more definite stance on leaving the Court has yet to be determined and the strategy advises against mass withdrawal.

However, any decision to withdraw from the Rome Statute is ultimately not a matter for the AU, but rather for individual ICC member states, many of which have expressed their continued support for the Court.

Meanwhile, numerous African leaders have accused the ICC of bias towards their countries in conducting its investigations and prosecutions. The Court particularly came in for criticism in 2009 and 2010 when it issued arrest warrants for President Omar al-Bashir, of Sudan. This skepticism was exacerbated when 2011 saw the Prosecutor of the ICC bring cases against politicians Uhuru Kenyatta and William Ruto. Both men subsequently became President and Deputy President of Kenya, respectively.

At the 28th AU summit, the Assembly’s general debate and special session on Africa and the ICC oversaw a heavy reconfirmation of support for the ICC and international justice from delegations representing Africa and various other countries. Burkina Faso, Botswana, Democratic Republic of Congo, Côte d’Ivoire, Lesotho, Malawi, Mali, Namibia, Nigeria, Senegal, Sierra Leone, Tanzania, Uganda and Zambia all reiterated their intention to remain within the ICC whilst simultaneously working to reform the institution from within. Many governments expressed regret about the announced withdrawals of South Africa, Burundi and The Gambia. These states were asked them to reconsider their decisions to leave.

To learn more about this story, click the link below: