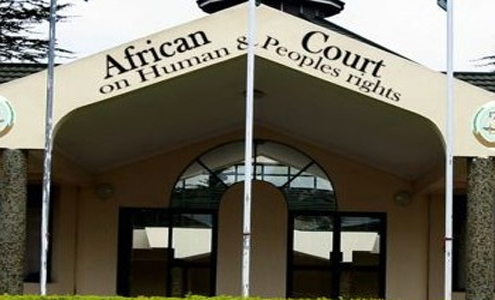 Periodically, ARC reviews the jurisprudence of the African Court of Human and Peoples’ Rights. In respect of Application No 006/2013, Wilfred Onyango Nganyi & 9 Others v United Republic of Tanzania, the following case summary has been prepared by Harriet Page on behalf of ARC.

The Application was filed on 23 July 2013 by 10 citizens of Kenya against the United Republic of Tanzania. The Applicants alleged that they were in Mozambique exploring business opportunities when on the 16 December 2005 they were kidnapped and arrested by Mozambican police in collaboration with Kenyan and Tanzanian Police Forces. The Applicants alleged that this took place after a false report made by Maimouna Salimo alleging that the Applicants were linked to dangerous elements in the Kenyan military forces.

The Applicants alleged that they were acquitted by a Mozambican Judge who ordered their release, but Mozambican Police kept them in custody until they were transferred, allegedly unlawfully, to Tanzania on 16 January 2006 by military plane. This transfer by military plane happened after the Applicants refused to board a commercial flight bound for Dar-es-Salaam in the presence of Tanzanian and Kenyan Police Officers.

When the Applicants landed on 16 January 2006, they alleged they were handcuffed, blindfolded and driven to three different locations and locked up. They then alleged that on the 19 January they were driven to Kilimanjaro International Airport Police Station where they alleged they were victims of severe beatings with heavy sticks and metal rods, torture by electric shocks from a torture police squad and were refused access to their lawyers.

The Applicants alleged that they were eventually charged with a range of serious criminal offences. and claim that the trials for these offences have been delayed and contain multiple violations of human rights.

Three were released after a murder charge was withdrawn by the Respondent for lack of evidence, but five were convicted for conspiracy to commit an offence of armed robbery. They were sentenced to 30 years in prison. The remaining two Applicants died in detention during the course of the trial.

Proceedings before the National Courts of Tanzania

At the time the Applicants submitted their application there were three criminal cases pending in the Respondent’s Courts.

The Applicants alleged that their right of properties, rights of freedom, rights of work and rights to be tried within a reasonable time by the Courts were violated by the Respondent State.

Procedure before the Court

Pan African Lawyers’ Union (PALU) took over representing the Applicants on 11 August 2014 after initial problems with the Applicants’ counsel.

The Applicants applied to the Court on 13 May 2015 that the Court direct the Respondent to transfer them from prison in Dar-es-Salaam to Karanga Prison in Moshi so that they could be present at the hearing. On the 18 May 2015, the Court decided that the presence of the Applicants was not necessary given the circumstances of the case.

On the 21 May 2015 a public hearing took place where both Parties made oral submissions and responded to questions by the Court.

Prayers of the Parties

The Applicants applied for restoration of their rights which were violated by the Respondent State and an order for reparations to remedy the violations.

In summary, the Applicants also applied for:

–    a declaration that the Respondent State had violated their right to be tried within a reasonable time, as required by Article 7 of the Charter;

–    a declaration that their right to be afforded legal aid and representation for the entire duration of the trial had been violated;

–    an order that the pending case be concluded within a reasonable time as the Court may determine;

–    an order that the Court orders that the Respondent State provide legal aid and representation to the Applicants for the remainder of the Appeal within the National Courts;

–    an order for their immediate release; and

–    any other declaration that the Court may deem fit.

–    the Application had not evoked the jurisdiction of the Court;

–    the Applicants had no “locus standi” to file an Application before the Court and it should be denied as per Article 34(6) and 5(3) of the Protocol;

–    the Application had not met the mandatory procedural requirement in Rule 34(1);

–    the Application be dismissed under Rule 38; and

In regards to the merits of the Application, the Respondent submitted that:

–    the Tanzanian Police did not forcefully kidnap and abduct the Applications in collusion with Mozambican and Kenyan Police Officers;

–    that the Government of the United Republic of Tanzania had not violated the Applicants’ right to own property, right to freedom, right to work, right to be tried within a reasonable time;

–    no reparations be awarded; and

Jurisdiction of the Court

The Court overruled the Respondent’s objection that its jurisdiction had not been invoked simply because the Applicant’s have not mentioned the Protocol or the Charter. The Court stated that it is sufficient that the rights allegedly violated are guaranteed by the Charter or any other instrument to which the Respondent is a party. Therefore, it held that it had jurisdiction ratione materiae to deal with the Application.

The Court also found that it had ratione personae to receive the Application, thus rejecting the Respondent’s argument that the Court lacks jurisdiction because of the allegations against Kenya and Mozambique.

The Court’s jurisdiction ratione temporis and ratione loci has not been challenged.

Admissibility of the Application

The Respondent set out four preliminary objections to the admissibility of the Application and the Court dealt with each of these in turn.

The Court held that the Application satisfied all conditions of admissibility under Article 56 of the Charter and Rule 40 of the Rules.

Regarding the alleged violation of Article 7 of the African Charter on account of alleged prolonged and undue delay in finalising the cases at the national courts, the Court noted how the Applicants first submitted their case to the High Court of Tanzania on 19 June 2006. The Court also noted that when their Application to the Court was filed on 23 July 2013, their matter was still pending in the domestic courts of the Respondent. The Court assessed what would be determined as reasonable time under Article 7(1)(d) of the Charter by using the same criteria as used by the European Court of Human Rights. These three criteria are: the complexity of the case, the behaviour of the applicant, and the behaviour of the national judicial authorities.

Therefore, the Court found the Respondent in breach of Article 7(1)(d) of the African Charter, which guarantees the right to be tried within a reasonable time.

Regarding the alleged violation of Article 7 on account of the alleged failure to provide the Applicants with legal aid, the Court noted that, based on the facts, the Applicants had always been represented by counsel. It is not clear whether, if they did not have counsel, whether the Respondent would have provided counsel, but the Court noted that the most important factor is that they had legal counsel. However, the Court also noted that when the Applicants filed their Application before the Court, they did not have legal counsel, and the Respondent was aware of this fact. The Court noted the importance placed on the provision of legal aid by the African Commission, the United Nations Human Rights Committee, the European Court of Human Rights and the Inter-American Court of Human Rights. The Court also noted the case law of the European Court of Human Rights which has established four factors in determining whether the case requires legal aid. These factors are: the seriousness of the offence, the severity of the potential sentence, the complexity of the case, and the social and personal situation of the defendant. Due to the serious nature of the charges against the Applicants, the Court held that the Respondent was under an obligation to provide them with legal aid, or at least inform the Applicants of their right to legal aid when it became clear they were no longer represented. Therefore, the Court held that the Respondent failed to comply with its obligations under the African Charter to provide the Applicants with legal representation.

The Court held that it will provide some kind of reparation in the present judgement and will decide on other forms of reparation in a further judgement, taking into consideration the submissions of the Parties on the matter.

The Court held that it will rule on the issues of costs in its judgement regarding other forms of reparations.

The Court also held that:

–    ordered the Respondent to provide legal aid to the Applicants;

–    ordered the Respondent to take all necessary measures within a reasonable time to expedite and finalise all criminal appeals by or against the Applications in the domestic courts; and

–    ordered the Respondent to inform the Court of the measures taken within six months of this judgement.

According to the Court, reparations for this case are still pending. There has been no response from the Court regarding a request for further information about the necessary measures the Respondent was ordered to take.