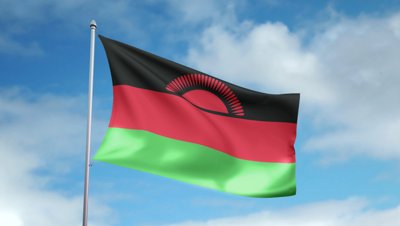 Periodically, ARC reviews the jurisprudence before the African Court of Human and Peoples’ Rights. In respect of Application No 001/2013, Ernest Francis Mtingwi v The Republic of Malawi, a case summary has been prepared by Harriet Page on behalf of ARC.

The Applicant was employed by the Malawi Revenue Authority (MRA), a state agency of the Republic of Malawi. The Applicant signed a 4 year employment contract for the period from 1st January 2003 to the 31st December 2006.

The Applicant alleges that on 4th November 2004, the Board of Directors of the Malawi Revenue his contract of employment.

The Applicant sued the MRA for damages for wrongful and unfair termination of employment in the High Court of Malawi. In March 2005, the High Court declared the dismissal unlawful and ordered that 3 months salary and benefits be paid to the Applicant.

After the award of damages, the Applicant alleged that certain benefits had been accidentally omitted during the preparation of exhibits submitted to the Registrar. Thus, the Applicant claimed that the order of assessment of damages by the High Court did not in fact reflect the benefits that were in his contract of employment.

The Applicant made an application to the High Court in January 2007 to inform the Court of the omissions and requested the Court to consider correcting its judgement. Justice Kamwambe ruled that there were accidental omissions in the order of assessment of damages.

Subsequently, the Respondent appealed the ruling to the Supreme Court of Appeal. On 28th May 2010, the Malawi Supreme Court allowed the appeal and dismissed the High Court Judgement of Justice Kamwambe, thus ruling that no accidental omissions in the order of assessment of damages had been made.

The Applicant sought to appeal against the ruling of the Supreme Court of Appeal to the African Court on Human and Peoples’ Rights on 17th January 2013.

–       an order that all items of terminal benefits which were accidentally omitted for the remainder of the contract of employment be paid to the Applicant as damages for the unlawful dismissal of the Applicant; and

Article 3(1) of the Protocol provides that the jurisdiction of the Court shall extend to all cases and disputes submitted to it concerning the interpretation and application of “the Charter, this Protocol and any other relevant Human Rights instrument ratified by the States concerned.” The Court noted that it does not have any appellate jurisdiction to receive and consider appeals in respect of cases already decided upon by domestic and/or regional and similar Courts. Therefore, on 15th March 2013, the Court concluded that it does not have jurisdiction to receive the Application under Article 3 of the Protocol.

The regularity with which this Court reject applications on the basis of technicalities and a lack of jurisdiction suggests that greater awareness is needed in Africa of the actual remit and capability of the Court.