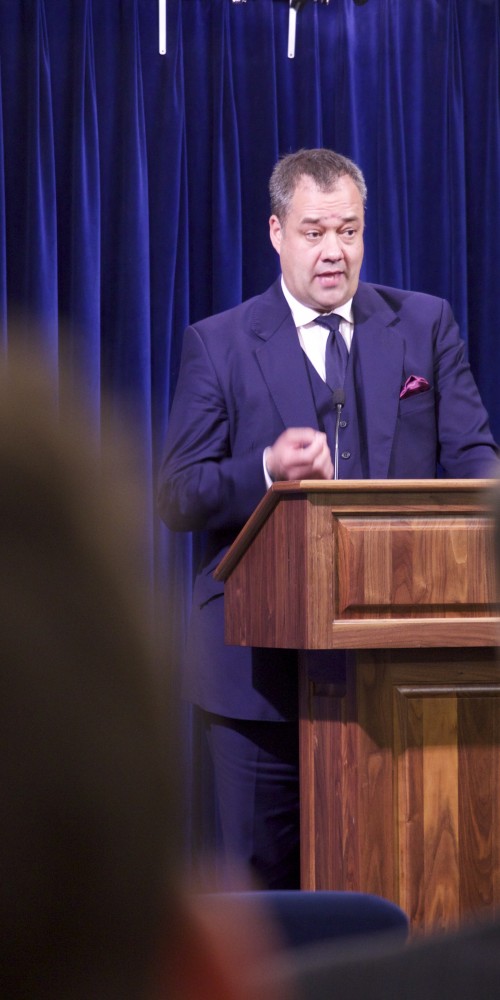 By Toby Cadman and Eeva Heikkila

On 21 October 2013, Toby Cadman and Eeva Heikkila travelled to Guantanamo Bay, Cuba as part of the defence team for one of the five so-called ‘High Value Detainees’ facing trial on war crimes and terrorism charges arising out of the 9/11 Attacks.  Toby and Eeva have been instructed to advise on various aspects of international humanitarian law and allegations of torture in US custody.

During the pre-trial hearings the 9BRi Team was able to observe the workings of the Military Commission and experience the difficulties a military trial presents first had.  The focus during the October pre-trial hearings was an issue many thought was in no need of discussion; whether the prohibition of torture was absolute and whether victims of torture have a right to an effective remedy. In Guantanamo language, what was discussed was essentially whether it is possible for a State Party to the Torture Convention to classify information about methods of torture, in the present case, as to whether the US could classify the CIA Rendition, Detention and Interrogation Programme (RDI).

On 9 February 2013 the Commission entered a Protective Order “in order to protect the national security”. The Order applies to all persons and all information related to the case. In particular, the Order lists as classified the enhanced interrogation techniques, including descriptions of the techniques as applied, the duration, the frequency, sequencing and limitations of those techniques, the identities and physical descriptions of any persons involved in the interrogation, detention or capture. The Government has taken the unprecedented step, through the Protective Order, by classifying, without limitation, the observations and experiences of the accused from their time in US detention.  It is the concept of classifying the observations and experiences of individual detainees that is the subject of such controversy.

The Prosecution has naturally welcomed the Order, stating that the classification is necessary simply because the detainees have been exposed to top secret “methods produced by the US government”.  It was noted by one defence counsel during the pre-trial that if this makes sense then one could claim that the residents of Hiroshima were similarly exposed to information of the Manhattan Project by the US Government and their experiences and observations were classified.  It was further argued by the defence that that any gagging over torture constitutes a violation of the Convention and US Law has been brushed aside by the Prosecution by stating that all five detainees chose to expose themselves to the confidential US “methods” voluntarily, when they decided to attack the United States of America, and that therefore it constitutes information that is properly “classifiable” by the US Government.

During legal argument a number of important matters were debated.  The defence teams argued extensively that the US was bound by customary and conventional international law.  The US is a State Party to the Torture Convention and it is clearly a part of US law.  The Prosecution responded to the effect that (a) the Torture Convention was not a self-executing treaty and therefore in the absence of any implementing legislation it had no application in domestic courts; (b) customary international law and peremptory norms only applied in the US to the extent that the Executive determined.  Needless to say both arguments were unsustainable as a matter of law and policy and will further legal argument is expected during the pre-trial hearings in December and February.

The defence team, of which 9 Bedford Row’s Toby Cadman and Eeva Heikkila are instructed, are now challenging one of the most significant issues in the field of civil liberties today. The Defence now seeks to strike down the Protective Order as in breach of fundamental human rights principles, not to say US domestic law, concerning the use of torture. If this protective order is left to stand the Convention against Torture, International Covenant on Civil and Political Rights and the United States Constitution, will not apply to the five detainees awaiting trial.  However, this of course runs far deeper than the five detainees waiting to stand trial for the 9/11 attacks.  This is about justice and accountability.  This is about US policy on the widespread use of torture.  It is about circumventing the rule of law to bring about a desired result.

The prohibition on torture is absolute.  It is not permitted in time of war or any other emergency.  It has the status of a peremptory norm or jus cogens.  It is contained in a number of international treaties, namely: Universal Declaration of Human Rights; Geneva Conventions; International Covenant on Civil and Political Rights; UN Convention against Torture and now the Rome Statute to the International Criminal Court.  Its prohibition is also set out in a number of regional human rights treaties.  Under US Law, torture is defined under 18 U.S.C. § 2340 and the US Supreme Court has held that torture is prohibited by the Eighth Amendment to the Constitution.  Furthermore, in 2006, the US Military updated its operational field manuals on intelligence collection (FM 2-22.3. Human Intelligence Collector Operations, September 2006) and counterinsurgency (FM 3-24. Counterinsurgency, December 2006) to confirm that “no person in the custody or under the control of DOD, regardless of nationality or physical location, shall be subject to torture or cruel, inhuman, or degrading treatment or punishment, in accordance with and as defined in U.S. law.”

It remains clear that it will take some time before the trials are anywhere near close to starting.  Twelve years after the attacks and at least ten years after the HDVs were first arrested.  The families of the victims, who travel to Guantanamo to observe the proceedings, are naturally frustrated.  They blame the defence for the delay when they are forced to listen to five days of pre-trial hearings dealing with intercepted privileged mail and details of torture in CIA custody.  It is predicted that the trial of the five HDVs will not start until at least Winter 2014.  It is then predicted that the trial will last several years.  The one thing is for sure that this is not something that will be completed under the Obama administration.

At the end of the week’s hearings the defence held a press conference.  Toby Cadman spoke on behalf of the defence stressing the need to address the allegations of torture before the trials can properly start.  He stressed that there was a duty to hold an effective investigation and if evidence is disclosed to prosecute and provide proper punitive measures.  Toby concluded by stating “The US is considered around the world to be a beacon of human rights and democracy.  This chapter risks sending the US back to the dark ages.”