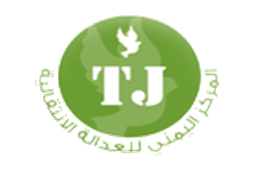 Yesterday, the Yemen Center for Transitional Justice (YCTJ) issued its press release strongly condemning the attack on its President, Mr. Yasin Al-Qubati and demanded for:

“all sectors of the Yemeni criminal justice and enforcement system to come together and bring to justice those responsible for such heinous criminal acts…[and] for the international community to publicly condemn attacks against human defenders and the crackdown on civil society in Yemen.”

On 19 June 2013, Dr. Yasin Al-Qubati, was stabbed sixteen times by an individual posing to be a patient in his medical clinic in Taiz, Yemen. Dr. Al-Qubati is now recuperating in hospital.

Dr. Al-Qubati is high profile human rights activist in Yemen having founded the YCTJ in 2011 as a direct result of the widespread protests that occurred in early 2011. His mandate was specifically to assist the progression of civil society in Yemen.

In the past year, the YCTJ has grown expotentially in both its membership and support. It is primarily concerned with the accountability of perpetrators of crimes committed during the 2011 conflict in Yemen and the subsequent clampdown on protestors and civil society.

It is believed that Dr. Al-Qubati was targeted as a result of his public role in calling for prosecutions, either national or international, of those connected with the former regime of President Ali Abdullah Saleh. To this degree he has worked endlessly with a number of groups, including the International Center for Transitional Justice and the Peace and Justice Initiative, in order to secure credible accountability mechanisms.

Yesterday’s attack is illustrative of the breakdown in civil society and the security apparatus in Yemen. Although the would-be assailant has been detained by local enforcement, reports from Taiz reveal concerns that the case will not be taken seriously which would have served as a warning to all those that resort to violence in order to prevent much-needed change in Yemen.