John sadly died last month and Robert who had worked with John at the ICC on the Saif Gaddaffi case, organised this event to honour a great lawyer who was a dear friend to us all.

The guests discussed the Herero/Nama case against the Federal Republic of Germany, which John launched last year.

Judge Carmel Agius attended, as did the UK mission to the UN and many others from the international legal community.

Some pictures from the event show David Tolbert of the ICTJ, Robert Murtfeld and Scara (Herero speaker). John’s aunt and uncle, Charles & Harriet Day from Philadelphia.

A life lost but a career that will not be forgotten.

Below are a selection of pictures that were taken at the remembrance event: 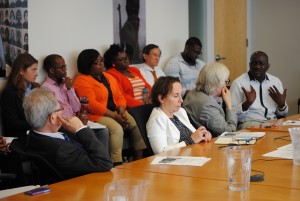 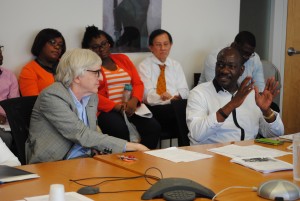 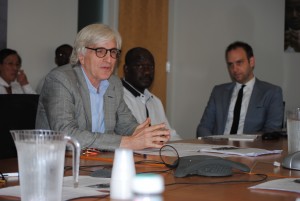 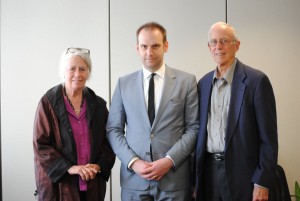