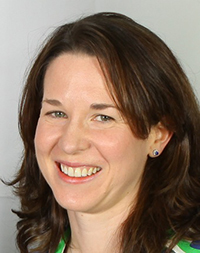 Lucinda boasts excellent academic and intellectual credentials. She was placed first on the LLM (Public International Law) at the London School of Economics in 2006 and was awarded the prestigious Georg Schwarzenberger Prize in International Law for outstanding performance in the field of public international law across the University of London. Lucinda obtained a distinction on the Graduate Diploma in Law (2002) and graduated from Oxford University with a degree in Politics, Philosophy and Economics, focusing on international politics.

Prior to specialising in public international law, Lucinda practised as a criminal barrister, defending clients in criminal cases in the Crown and Magistrates’ Courts of England and Wales.

Lucinda predominantly undertakes international cases, advisory work and consultancy services for governments, international organisations and private clients. She is also available to provide lectures, seminars and workshops on public international law and human rights. She is licensed to receive instructions direct from members of the public.

In December 2014, the charges were finally withdrawn by the Prosecution, having admitted there was an insufficiency of evidence upon which to proceed to trial.

Lucinda had a key role on the Defence Appeals team from 9 Bedford Row International and advised on the Appeals of members of Jamaat E Islami from the International Crimes Tribunal, Bangladesh to the Appellate Division of the Supreme Court of Bangladesh, following trials for charges of crimes against humanity and genocide during the 1971 ‘Liberation War’. The trials were internationally condemned as unfair and defendants faced the death penalty.

Lucinda advised on trial strategy, drafted the defence trial brief, provided detailed legal and evidential analysis, prepared roadmaps for witness examination-in-chief and cross-examination and supervised team members to assist local trial counsel in Bangladesh, in the case of Professor Ghulum Azam, described by ‘The Economist’ as ‘the big one’.

General Ratko Mladic was charged with genocide, crimes against humanity and violations of the laws and customs of war. Lucinda was instructed to assist a key expert witness prepare complex evidence for trial.

Advised Ministers, the Criminal Law Policy Unit, the Bill team and the Press office of the Ministry of Justice on jurisdictional issues surrounding the laws of genocide, crimes against humanity and war crimes prior to the decision to amend the jurisdiction of the UK courts to prosecute these offences. Delivered to Ministers, Criminal Law Policy Unit and the Bill team, advice in relation to the preparation of complex and novel primary legislation contained within the Coroners and Justice Act.

Posted as an Associate Legal Officer in the Criminal Division to assist international prosecutors with investigations and trial preparations in serious crimes cases.

The AIRE (Advice on Individual Rights in Europe) Centre 2007

Lucinda worked with the AIRE Centre on several cases pending before the European Court of Human Rights.

The European Court of Human Rights 2007

Engaged by the European Court of Human Rights to advise on committee and chamber cases brought before the Court against the United Kingdom.

The Court of Bosnia and Herzegovina, Special Department for War Crimes 2006

Engaged by the Prosecution Support Section of the Court of Bosnia and Herzegovina, Special Department of War Crimes to work with International Prosecutors on investigations, drafting, trial strategy, and roadmaps for examining and cross-examining witnesses at trial.

Appeal from the RAF summary appeal court to the Divisional Court. The Appellant, a reservist, was a Muslim conscientious objector to the Iraq war. The High Court held that Article 9(1) of the ECHR was not engaged. Led by Nicholas Blake QC (now Blake J).

Engaged as part of the legal team to assist the President of the Appeals Chamber with the landmark Appeal of Radislav Krstic, the first person to have been convicted of genocide by the UN ICTY. A lesser charge of aiding and abetting genocide was upheld on Appeal. Lucinda drafted sections of the Bench memorandum for the Appeals Chamber on a variety of legal and evidential issues relating to genocide and crimes against humanity.