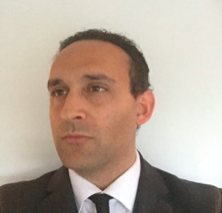 Also maintains a domestic criminal practice and appears regularly before the Magistrates and Crown Courts.

Authorised to receive instructions directly from members of the public.

Palestine – 2015 (ongoing)
Co-drafted a preliminary report for the United Nations Independent Commission of Inquiry (COI) on the 2014 Gaza Conflict on behalf of a Palestinian human rights group, in respect of war crimes allegedly committed by Israel during its military offensive against Gaza during the summer of 2014.

The report was submitted to the COI and is due to be filed (date not yet confirmed) with the Office of the Chief Prosecutor of the International Criminal Court.

Syria – 2014 (ongoing)
Main contributor to and editor of report providing an overview of an investigation, the findings of which aim to identify potential charges of crimes against humanity and war crimes allegedly committed throughout Syria by members of the Syrian government, Syrian intelligence forces and Syrian military against the civilian population.

The report aims to provide objective information to assist the Office of the Chief Prosecutor of the International Criminal Court and other legal authorities in reaching a decision as to whether to initiate an official investigation into the widely-reported crimes seemingly committed by the Syrian government against civilians since the start of the conflict in March 2011.

Bangladesh International Crimes Tribunal – 2012-2014
Member of a London-based defence team led by Steven Kay QC, Toby Cadman and John Cammegh on some of the most high-profile cases brought before the Bangladesh International Crimes Tribunal in Dhaka. Acted for several of those accused of war crimes during the 1971 Bangladesh War of Independence. Core work involved: reviewing and analysing evidence; co-drafting final trial and appeal briefs; drafting legal applications and advising on strategy for examination-in-chief and cross-examination of witnesses.

Involved in some of the most high-profile and publicised cases, including:

United Nations International Criminal Tribunal for the former Yugoslavia (ICTY)
2010-2012
Employed as a full-time Legal Assistant for two-and-a-half years as part of a defence team on the case of Prosecutor v Stojan Zupljanin at the ICTY in The Hague. Work included legal and evidential analysis with core responsibility for drafting the defence final trial brief. Directly responsible for managing and reviewing the work of junior members of the team and interns.

Offers legal advice to ensure compatibility with international laws and human rights standards that might impact on operations and reputation.

Legal advice and representation for governments, individuals or entities upon whom UK or international (including UN or EU) economic, travel or targeted sanctions have been imposed.

Bangladeshi Tribunals Are Characterized By Vengeance, Not Justice, The Daily Caller, 20 May 2014 (with Toby Cadman of 9 Bedford Row)

Maintains a national criminal practice and regularly appears before the Magistrates and Crown Courts.

Qualified as a solicitor at Clifford Chance LLP – February 2010.