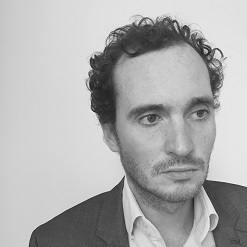 Joe Holmes is dual qualified before the Bars of England and Wales and New York. He specialises in international law, human rights and criminal justice. He often appears before international criminal tribunals. 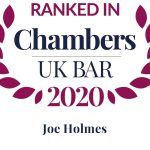 He also advises governments, corporations and NGOs on institutional reform, transitional justice and strategic litigation. He is currently advising the Foreign and Commonwealth Office on reform to the Somaliland criminal justice system. In that role he is responsible for cabinet level engagement, designing new court management systems, recommendations for procurement and training of local court staff, lawyers and judges.

▪ On behalf of the Foreign and Commonwealth Office part of a team instructed to deliver the justice component of the Somaliland Security and Justice Reform Programme. Lead consultant on Legal Defence and Registry strands.

▪ Instructed by the African Centre for Rights and Governance to advise on and prepare a response to the ‘Report of the Committee of the Judicial Services Commission on the Establishment of an International Crimes Division in the High Court of Kenya’.

▪ P v Alphonse Nteziryayo ICTR-98-42-A, (‘Butare’). Advised the former préfet of Butareon appeal against a single count of direct and public incitement to genocide and a sentence. The Appeals Chamber quashed and substituted sentence of 30 years.

▪ P v Aloys Ntabakuze, ICTR-98-41-T and A, (‘Military I’). From 2007-2013, legal assistant and then pro bono counsel for the former commander of the Para-Commando Battalion of the Rwandan Government Forces. Advised on trial and appeal wherein convictions were overturned for murder and other inhumane acts, both crimes against humanity, and genocide in part. The Appeals Chamber also quashed and substituted his life sentence.
▪ Her Majesty’s Attorney General v Samuel Gichuru. Represented the former CEO of Kenya Power and Lighting Company, whose extradition was sought from Kenya, in proceedings before the Royal Court of Jersey. The index offences are financial offences in an amount of approximately 10m USD.
▪ The Baha Mousa Public Inquiry. Led by Michael Topolski QC, (now HHJ Topolski QC), represented Donald Payne, the first British soldier to be convicted of a war crime (inflicting inhumane treatment). The Inquiry, before Gage LJ, concerned the handling of civilian detainees during Operation Telic II in Basra in 2003.

▪ P v Kallon, SCSL-04-15-T, (‘RUF’). Legal consultant to the defence team of the former 2ic of the Revolutionary United Front during the Sierra Leonean civil war. Defended, amongst others, charges of the conscription child soldiers, slavery and forced marriages.

▪ P v Ngeze, ICTR-99-52-A, (‘Media’). Case which sought to delineate between mere hate speech, protected by the freedom of speech, and incitement to genocide. Legal assistant to the editor of Kangura magazine on appeal. Convictions reversed for genocide, conspiracy to commit genocide, incitement to genocide and extermination and life sentence quashed and substituted.

▪ P v Nzuwomemeye, ICTR-00-56-T (‘Military II’). Legal intern on the defence team of the former commander of the Reconnaissance Battalion of the Forces ArméesRwandaises.

Passed the Bar exams in 2007. Licensed to practise in the New York State and Federal jurisdictions in the USA.

Axiom International provides expert services in the defence, policing, criminal justice and forensic sciences sectors. Joe is regularly deployed as a subject-matter expert in criminal justice to consult on and implement institution and capacity-building projects in developing jurisdictions.

Weighing up the Evidence, with Fulford LJ., (then President of the Trial Division of the International Criminal Court), Counsel, (May 2010).

Association of Defence Counsel before the ICTY Training, The Hague