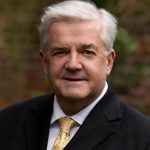 Gary is a respected UK qualified barrister with 40 years’ experience. His domestic c/v can be found on www.9br.co.uk

His International work reprises the role of an Investigative lawyer/counsel which he first made his own in 2011 when he was retained as special investigation counsel on behalf of President Uhuru Kenyatta in the International Criminal Court (ICC). In mid-2012 he was appointed lead investigation counsel for President Kenyatta, in relation to his impending trial. All charges against President Kenyatta were withdrawn in 2014.

Often directly instructed by Investigation/Security companies, he directs the inquiry under the cover of legal professional privilege. Atypically, he is presently based in the UAE and is advising on two huge extradition cases where he directs a team of lawyers (comprised of lawyers from the requesting state and requested state) and investigators ensuring that a ‘joined up’ team approach is followed at every stage.

Gary does not allow language to become a barrier to effective case management and he usually builds a bespoke team tailored to the languages of the requesting and requested state to ensure he is never locked out of the local law or the facts and is not solely reliant on local lawyers and/or investigators and to enable him to exercise independent judgment.

In asset recovery work he has experience of uncovering assets in Europe; Central and South America; the Far East and Middle East and has instructed local lawyers in all those jurisdictions.