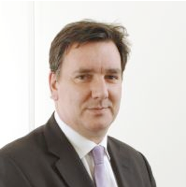 Having practised in the UK for over 20 years, as a Specialist Criminal law Defence Barrister, David is now based in the Hague, and travels widely in Europe and the Middle East in particular. He is a highly experienced trial lawyer, noted for his courtroom skills, and for his professional representation of persons involved in high profile, complex criminal litigation. He is the only English Barrister to have been instructed as Lead Counsel for the Defence in the Hariri assassination case at The Special Tribunal for Lebanon, which is currently in trial in the Hague. He was called to the English Bar in the Middle Temple Inn of Court in 1986. He has been named as a Leader in International Criminal Law in the Legal Directory Chambers and Partners 2015. Chambers UK 2015 Commentary: David Young ‘Has impressive experience of international criminal litigation, particularly in cases relating to the Middle East and Africa. He has particular expertise in cases involving terrorism.

David can offer clients’ strong representation before courts, tribunals or regulatory bodies both internationally and domestically. He is able to receive instructions from private individuals, corporate entities, foreign lawyers, NGO’s, and States. Some examples of his advocacy work are set out below. In addition, he receives instructions to advise clients in international situations. Discretion and professionalism is guaranteed.

The Office of the Prosecutor v. Ayyash and others, The Special Tribunal for Lebanon

Since 2010 he has been significantly involved in the Special Tribunal for the Lebanon, based in the Hague. In 2010 he was instructed as a Legal Consultant to the Defence Office of the STL, and took part in a delegation to Lebanon. In October 2011 he was appointed Lead Duty Counsel for Assad Hassan Sabra, who is one of five persons who have been accused of involvement in the assassination of the former Lebanese Prime Minister, Rafik Hariri. The accused are alleged to be supporters of Hezbollah. The assassination was said to have occurred by the means of an explosion, detonated by two to three metric tonnes of a TNT type explosive substance. His accused faces charges relating to a Conspiracy to commit a Terrorist Act, the pre-meditated intentional homicide of 22 persons, and the Attempted homicide of some 231 persons. On the 2nd February 2012 he was appointed as Assigned Lead Counsel to represent Assad Hassan Sabra, following the Trial Chamber’s decision to commence in absentia trial proceedings. David now leads a multi-lingual defence team of highly respected international criminal lawyers, with New York and Swiss qualified Co-Counsel, and other team members coming from Belgium, Germany, Ireland, Denmark, China, Lebanon and England/Yemen. In the course of the proceedings to date, the Defence have challenged both the legality of the Tribunal, and the decision to hold an In Absentia trial, and have secured, for the first time, orders from the Trial Chamber requiring the Lebanese Government to co-operate with the Defence. The proceedings are unique in the development of international criminal law and are being widely followed by the world’s media. Commentators have described the court as the first ever International Tribunal to preside over an International Terrorism case. The trial commenced on the 16th January 2014. The court works in 3 languages, being Arabic, French and English.

Since October 2014 the Prosecution have been calling a number of political witnesses in relation to the alleged political background to the events which led to the assassination. David has cross-examined a significant number of these witnesses including, on 25th March 2015, the former Lebanese Prime Minister Fouad Siniora.

David is also currently advising on the case of Prosecutor v. Ali Adorus in relation to other International terrorism proceedings, which concern events in Ethiopia, Kenya, Yemen and Somalia. This has resulted in communications and petitions to the United Nations Human Rights Committee and the UN Rapporteur on Torture. [David is instructed with Toby Cadman and Eeva Heikkila, also of 9 Bedford Row].

David is currently acting in a groundbreaking UK case concerning international boxing where he has been leading a team of lawyers which is challenging the current UK Regulator, the British Boxing Board of Control, on EU and anti-Competition law arguments. It concerns a German boxing Association who have organised promotions in England, following the Luxembourg example of David Haye v. Chisora. He is also consulted in relation to international mixed martial arts promotions. In relation to Football, he has acted as a Registered Lawyer with the English Football association, and advised international footballers intent on playing in the UK.

David has substantial experience advising on, and defending in, cases which have involved international financial transactions, from the early stages of SFO financial fraud investigations to lengthy trial proceedings concerning over two hundred million pound money laundering cases at Southwark Crown Court. He has significant experience of cases involving EU related frauds, complex transfers of funds offshore, and cases which particularly concern Hong Kong, Gibraltar, the British Virgin Islands, and the Isle of Man, and Dubai.

He is an approved Counsel for the following courts:

Fluent in English and French. David is learning Arabic.

David is Scottish by birth, and lived in Dundee and Glasgow, before moving to London, where he attended secondary education [A De La Salle College in London] and then University. He has a LLM from London University which specialised in International Human Rights Law [under Professor Rosalyn Higgins at the LSE] and European Institutional law with Professor Usher at UCL.
He is married, with four sons.