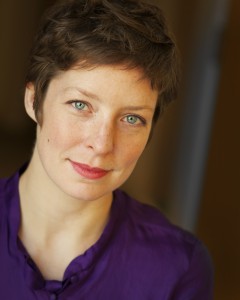 She is fluent in French and Italian and regularly practises in those languages.

Caroline is frequently instructed to draft communications to the Office of the High Commissioner for Human Rights (UN-OHCHR) and the Human Rights Committee (HRC), a body of independent experts that monitors implementation of the International Covenant on Civil and Political Rights (ICCPR) by its State parties. These have been successful in bringing significant breaches of human rights to the attention of the United Nations and specific governments.

Most recently, her focus has been on extrajudicial or summary executions; torture and other inhumane treatment; the independence of the judiciary; enforced or involuntary disappearances; and arbitrary detention.

Caroline is familiar with the rules of admissibility before the HRC and has drafted opinions on the question for cases supported by Human Rights organisations.

Ahead of the 2013 Universal Periodic Review by the UN Human Rights Council, Caroline drafted a paper outlining the breaches of human rights, notably the rights to fair hearing, committed during the trials before the ICT.

Caroline specialises in human rights issues relevant to Private Maritime Security Companies. She is currently engaged in the codification of guidance on ‘Human Rights at Sea’ and ‘Temporary Deprivation of Liberty (Detention) at Sea’ with David Hammond. As a new member of the Maritime Practice she drafts human rights impact assessments and is available for advisory work.

Caroline has assisted Peter Glenser, who regularly defends military personnel at Courts Martial. She has a sound working knowledge of the Geneva Conventions and the Additional Protocols, notably, Convention (III) relative to the Treatment of Prisoners of War, and Convention (IV) relative to the Protection of Civilian Persons in Time of War, following her work on The Prosecutor v. Prlić et al. at the ICTY.

Caroline accepts instructions in extradition hearings including first hearings, full hearings and appeals.
She is a contributor to the Nine Bedford Row Guide to Extradition Law.

Caroline is instructed by Field Fisher Waterhouse LLP, solicitors to the Inquest, to assist counsel to the Inquest with the disclosure of evidence to the Interested Parties. Following the publication of the report of the Hillsborough Independent Panel last year, the Attorney General successfully applied to the High Court for these verdicts to be quashed and for fresh inquests to be ordered. Lord Justice Goldring is coroner to the new Inquest.

Before being called to the Bar, Caroline worked as a freelance journalist and editor for five years.

Caroline was educated in France, Italy and the United Kingdom. She holds a BA in European Social and Political Studies from University College London, DipLaw from City University, BPTC from BPP Law School.