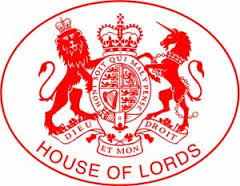 Chairman of the House Foreign Relations

I write to you to express my grave concern regarding recent developments in Bangladesh.

In the last year there has been growing unrest on the streets of Bangladesh. This has culminated in repeated instances of rioting, looting and bombings. The international community has looked on with increasing unease as the current government of Prime Minister Shekih Hasina has eroded civil liberties – opposition MPs have been arrested and journalists face intimidation. These actions have prompted a number of nation-wide strikes, which have, in turn, crippled the economy and caused wide-spread unrest. These issues arise as Bangladesh prepares itself for elections, due in January 2014. It is clear that these developments threaten to derail the democratic process in Bangladesh.

The main cause of these recent divisions is the International Criminal Tribunal, set up to try those accused of crimes committed during the 1971 War. The Tribunal was initially welcomed with optimism and the hope that it would provide an end to impunity through a fair and transparent judicial process. Sadly, it become clear that the current government has hijacked the process for its own political means.

All the defendants so far have been prominent figures within the political opposition. Furthermore, there is clear evidence that prosecutors and judges of the Tribunal have colluded with the government. Indeed four prosecuting counsel and two investigating officers have collected nomination papers in the hope of standing as candidates for the Awami League, the current ruling party. This calls into question their impartiality and their commitment to a fair trial process.

In December 2012, The Economist published details of communications between judges at the Tribunal, the executive and external actors. In the course of these communications the participants openly discuss both current and upcoming cases. There is also credible evidence to suggest that a government ministry played a part in formulating the final judgments of one of the defendants, SQ Chowdhury, before the trial had even concluded. Indeed senior government officials have openly expressed their hope that this process is complete before the elections.

This bias has been reflected in how cases have been conducted before the Tribunal. The Tribunal has repeatedly failed to adhere to the most fundamental legal principles.

Of the defendants convicted, five have been sentenced to death. One of the defendants was retroactively sentenced to death, with the government enacting legislation following his conviction and sentence to life imprisonment, allowing the Supreme Court to pass a death sentence, despite there previously being no right to seek to seek a higher sentence at the time of conviction. This is clear evidence of the pressure and influence of the government on the Bangladeshi Supreme Court, the Tribunal’s only appellate court.

The Tribunal recently sentenced Chowdhury Mueen Udin, a British citizen, and Ashrafuz Zaman Khan, a U.S citizen, to the death penalty following a trial in absentia. The defendants received no information regarding the case against them, nor did the Government make a request for their extradition or to seek contact their legal representatives.  In fact, it is quite clear that the Bangladesh authorities conducted an investigation on US soil without the permission of the US authorities.

Throughout proceedings the Tribunal has placed limits on the conduct of the defence case. It has restricted the number of defence exhibits, preparation time and the number of defence witnesses. In one case, the Tribunal initially indicated it was minded not to allow the defendant to give evidence in his own defence. A defence witness was abducted form the gates of the Tribunal in November 2012. There has been no further contact with this witness since the abduction, despite repeated efforts.

Bangladesh politics has an unfortunate history of cyclical acts of retribution against previous administrations. Yet this Tribunal may herald a far worse outcome. The country’s political landscape risks being polarised and poisoned for a generation.
Reconciliation will be only be served by:

–       The immediate commencement of a reconstituted, internationally sanctioned and supervised war crimes tribunal;

–       A moratorium on all executions handed down by the Tribunal;

–       A fully independent inquiry into all judgments handed down by the ICT;

–       A halt to all current trials until the above measures are implemented.

If Bangladesh continues its current trajectory, another political tinderbox may be lit in this already troubled region. I and other UK Parliamentarians hope that you will use you high office and the influence of the Subcommittee to make clear to the Bangladeshi Government that the Tribunal must not be manipulated to eliminate political opponents. Only through international pressure to reconstitute this Tribunal, adhering to internationally accepted norms of human rights and fairness, can Bangladeshis truly reconcile with the past and move forwards as a nation.