On the 19 January 2014, at the Radison Blu hotel, Tripoli, the first international human rights conference following the fall of the Gadaffi regime was held by the Libyan National Council for Civil Liberties and Human Rights (NCCLHR). 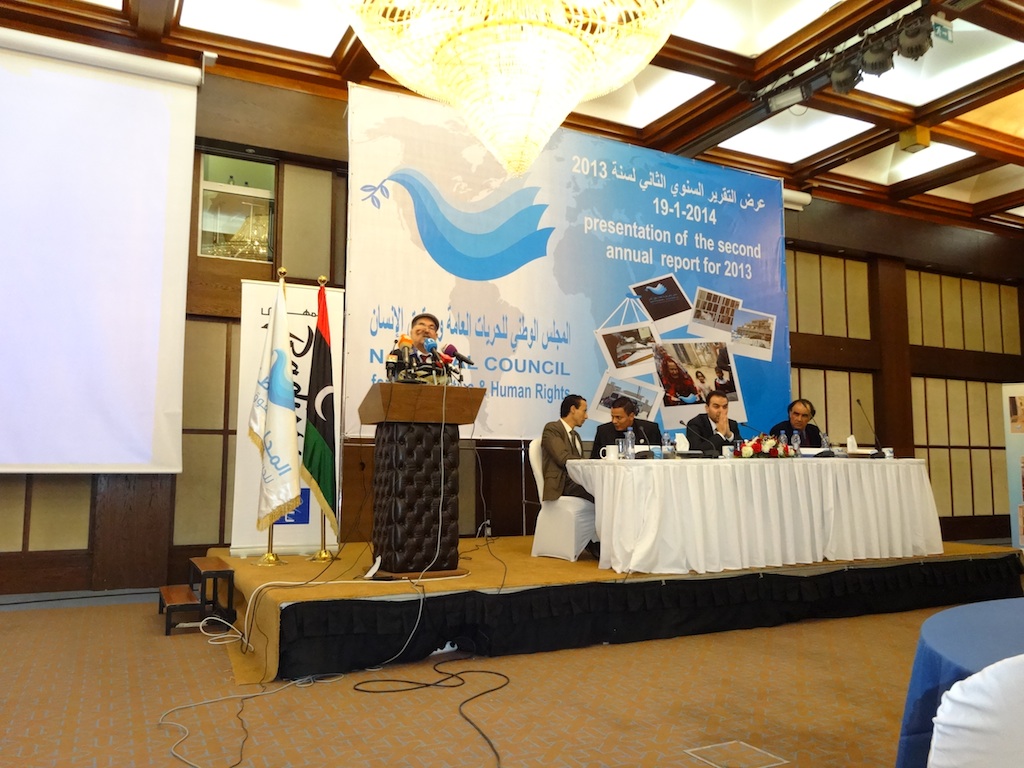 At a time of national instability, the Conference as led by the President of the NCCLHR, Mr. Mohammed Allalagi, presented its second report of 2013 detailing the strides made by the NCCLHR in independently representing the libyan people.

The Second Report included details of:

In the main speech, the NCCLHR Director, Mr. Waleed Kaawan, outlined the successes of the National Council in the last six months, but was also critical of the role of the Government and Ministry of Finance.

Read more from the Libyan Herald:

The conference also presented the NCCLHR’s “Declaration of Adoption of the UN Guiding Principles for Business and Human Rights” as drafted by 9BRi’s David Hammond and the NCCLHR lawyers.

The document, a first for Libya in the area of business and human rights, provides an outline for the future intent by the NCCLHR to continue to develop their independent role as stated in the NCCLHR Strategic plan, for providing review and accountability of human rights relating to commerce throughout Libya.

The UN Guiding principles, otherwise known as the “Protect, Respect and Remedy Framework” represent soft law guidance for the state, business and the individual in matters of commerce. The UN Guiding Principles were developed between 2005-2011 by Professor John Ruggie of Harvard University.