The Human Rights at Sea international maritime initiative led by English barrister David Hammond is gaining momentum as partner associations, supporting entities and correspondents from around the world continue to join forces to address the issue of human rights abuses at sea.

Hammond leads the maritime practice of the Chambers of Anthony Berry QC, 9 Bedford Row in London, and he established the private not-for-profit venture Human Rights at Sea (HRAS) in April this year based on his personal experiences as a former seafarer and his work in Somalia as the first head lawyer for the European Union’s NESTOR counter-piracy program in 2012. There he conceived and established the fledgling NESTOR Legal Advisory Program across five East African states.

His mission is to further build the legal, political and humanitarian foundations needed to ensure that human rights apply at sea as equally as they do on land and that such foundations are explicitly articulated, not simply implied. Not only concerned with the protection of professional seafarers, he is fighting to stop slavery and trafficking in the fishing industries, providing protections for indigenous seafarers not covered by the MLC 2006, as well as constantly highlighting the mistreatment of refugees at sea.

“There are many human rights violations occurring at sea, most are unreported and many of them receive little media coverage, so most people are unaware of the suffering that occurs not just within the industry, but also throughout the wider seafarer community. This is not just about the first world shipping industry,” says Hammond. “Children’s rights are being abused in Africa as they are exploited for slavery and through trafficking. There are ongoing violations in the Mediterranean with tear gas and rubber bullets being used on refugees, and there is exploitation of Filipino fishing crews on South Korean vessels. Missing seafarers and deaths at sea are also virtually unreported at this time.”

With the help of commercial organizations, civil society partners and legal interns, HRAS is developing a maritime interpretation of the UN Guiding Principles for Business and Human Rights (the “Protect, Respect and Remedy Framework”, otherwise known as the Ruggie Principles). This has never been done before, and it is envisaged that it will eventually help to raise standards and accountability for human rights violations in the maritime industry.

Hammond has set up a new international investigative service for independent investigations into human rights abuses on a global scale. He has teamed up with March on Stress to provide expert psychological support to victims and a bespoke trauma risk management package for maritime companies. He is closely aligned with the Finance Against Trafficking NGO providing an online corporate social responsibility tool for companies to investigate the potential for forced labor being used within maritime supply chains. The tool is known as ‘ChainChecker’.

To boost the reach of HRAS, Hammond is now seeking more HRAS correspondents, particularly from the southern hemisphere, Scandinavia and the Americas. Through these correspondents, he will further develop the reporting network for abuses of seafarers in tandem with various seafarers’ missions including the Mission to Seafarers and the Apostleship of the Sea, two of many key HRAS supporting partners.

“Today we have 40 supporting entities and 13 international correspondents, but we need to build this further and not rest on our laurels,” says Hammond. “Our correspondents support us by representing the HRAS platform locally and providing us with credible points of contact during investigations. They also provide us with case studies, news items and act as agents to confirm raised maritime issues within their jurisdiction. In short, they are our voice, eyes and ears and one of our most valuable assets.” 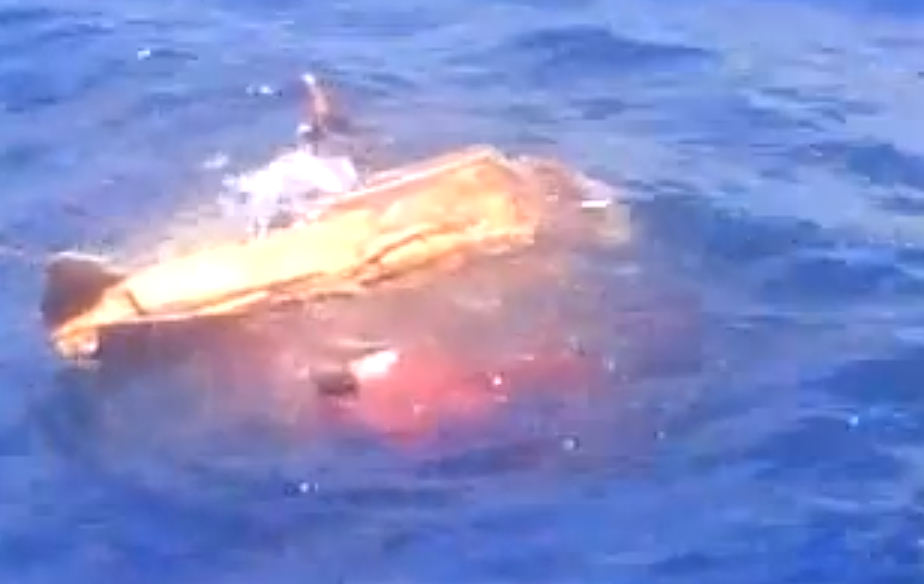 A case in point is a recently published Youtube video apparently showing the shooting of Fijian fishermen as they clung to the wreckage of their boat. It was later shown that the men were not Fijian, and during the investigation HRAS was able to reach out to Fijian correspondent Dr Patricia Kailola of Pacific Dialogue to help with local contacts that could help verify the open-source footage. HRAS was also first to provide a comprehensive translation of the conversation heard on the video through the support of the EAP Research and Information Centre, Voice of America.

“Without our NGO contacts, we would have been blind to the reality on the ground. They helped us to focus our investigative efforts without wasting time on dead end leads. Our New Zealand NGO Slave Free Seas also provided HRAS access to the NZ media which saw a five minute live slot on breakfast television further raising the wider issue of unreported murders of seafarers in international waters,” said Hammond.

Committed to explicitly raising maritime human rights awareness globally, Hammond sees HRAS as a work in progress. “It has now been six months since the launch of the initiative, and we are delighted that we continue to see widening international engagement with our work. Together we will continue to develop effective, enforceable and accountable remedies for human rights abuses at sea alongside state authorities and international bodies concerned with enforcing remedies and successful legal finish against such abuses.”