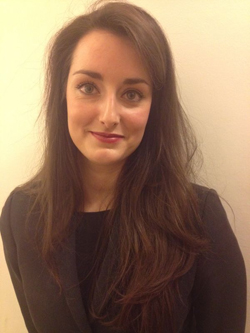 In her international criminal practice, Kathryn has been working on the Defence in war crimes trials in The Hague since 2009. She is presently working with Steven Kay QC and Gillian Higgins in the defence of the President Kenyatta of Kenya, who faces charges of crimes against humanity by the International Criminal Court. Kathryn also previously worked with Courtenay Griffiths QC on the Defence team of Charles Taylor, the former President of Liberia, who was charged with war crimes and crimes against humanity at the Special Court for Sierra Leone.

In her national criminal practice, Kathryn appears for the Defence in the Crown Court, the Magistrates’ Court and before Her Majesty’s Prison Tribunal, in a cross section of criminal matters including, inter alia, violence and drug offences, sexual offences and a range of dishonesty cases.

In addition to her interest in African justice, Kathryn has also worked on human rights in South America, where she has previously undertaken a legal research investigation supporting a proposal by the Municipal Government of La Paz for a new piece of Bolivian legislation. This resulted in the development of a nation-wide law. Kathryn received a commendation for this work, which included presenting her investigation in Spanish to senior government officials and the Chief Police Commissioner.

Before commencing her legal career, Kathryn worked in the wine industry as Brand Development Manager for a wine importing company. Her role included visiting and liaising with wineries in Europe & South America, working with wine makers and studying wine education with the Wine and Spirits Education Trust.

Kathryn regularly contributes articles to the legal blogs of 9 Bedford Row International and the ARC Project.