Gillian Higgins has developed an international criminal law practice that has involved cases of genocide, crimes against humanity, war crimes and the trial of a former head of State, at the International Criminal Court and the UN ad-hoc International Tribunals. She is regarded as one of the leading lawyers in her field of expertise and her courtroom advocacy is recognized as being of the highest class. Her experience enables her to deal with all aspects of an international case. She is also an 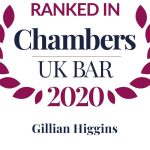 accredited civil and commercial mediator with a particular interest in applying her skills in pre and post conflict situations and in the context of sensitive community and interest-based mediations.

Gillian undertakes international cases, advisory work, consultancy and training services for governments, international organisations and private clients. Her practice enables her to lecture authoritatively on fair trial rights and provide consultancy services to law schools, NGOs and other institutions, which have included the Kurdish Human Rights Project, the State Court of BiH in Sarajevo and the Extraordinary Chambers in the Courts of Cambodia. 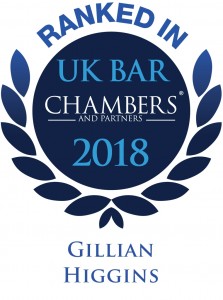 In 2011, Gillian founded the ARC Project in relation to the African Court on Human and Peoples’ Rights. State Parties, African Intergovernmental Organisations, NGOs with Observer Status before the African Commission, and most importantly, individuals who have suffered violations of their rights under the African Charter can now instruct ARC to take cases on their behalf.  ARC also aims to provide practical training to lawyers to enable them to take cases before the Court.Gillian is the editor and regular contributor of the highly acclaimed International Criminal Law Bureau blog, nominated in 2011 by Lexis Nexis as Blog of the Year. She is also a reviewer for Oxford University Press of new publications of books on international and international criminal law. 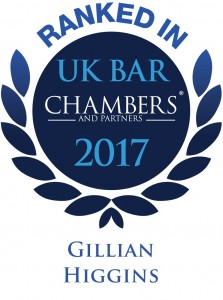 At the confirmation of charges hearing, the Defence challenged the Prosecution case theory comprehensively and called Uhuru Kenyatta to give evidence in his own defence. The Defence evidence and submissions to the Court clearly established the strong foundations of the Defence case. Although the Pre-Trial Judges confirmed the charges, it was subsequently established that the Defence contentions at the hearing had been correct. In December 2014, the charges were finally withdrawn by the Prosecution, having admitted there was an insufficiency of evidence upon which to proceed to trial.

Providing submissions to the OISL of the UNHCHR on behalf of 3 Sri Lankan NGO’s upon the 30 years conflict between the Government of Sri Lanka and the LTTE (Tamil Tigers) that resulted in the final defeat of the LTTE in 2009. Steven Kay QC led the team at 9BR that submitted detailed reports upon various aspects of the conflict supported by evidence. With documents originating from Sri Lanka, and extensive media reports from open sources, comprehensive and persuasive reports were compiled to challenge the extensive media campaign that had built up to prosecute Sri Lanka.

Gillian Higgins was instructed as Defence Co-counsel for Ivan Cermak who was acquitted of all charges in 2011. This case has been described as the most important trial in the history of the State of Croatia, and concerned the prosecution of Gotovina, Cermak and Markac in respect of the military action that resulted in the liberation of the Croatian territories from the RSK. The essential evidence to be challenged in this case principally arose from UN witnesses who had their own view of matters on the ground, as opposed to the reality of Ivan Cermak’s position in fact. Detailed review of military regulations and orders was necessary to persuade the Tribunal of the actual and exact unfolding of events at the time, not apparent from the Prosecution case. Expert evidence from internationally respected witnesses upon the Croatian military and powers of the police underpinned the truth of the Defence case.

The trial of Slobodan Milosevic on 66 counts of war crimes, crimes against humanity and genocide: From 2001, Gillian Higgins was instructed as a legal consultant to the Amici Curiae until her appointment as Amica Curiae from 27 June 2003 with Steven Kay QC from 9BRi. From September 2004, she was appointed Court Assigned Defence Counsel for Slobodan Milosevic, with Steven Kay QC. The trial was upon 3 joined indictments concerning the wars of the 1990s waged in Kosovo, Bosnia and Croatia by the Serbian forces and was the largest international criminal trial of its kind.

Judgment dated 24 January 2008:
This Kurdish Human Rights Project (KHRP) assisted case concerned alleged breaches of Articles 2, 3, 5, 8, 13 and 14 of the European Convention on Human Rights. The Applicant who was a Turkish national of Kurdish origin alleged that his son was taken into police custody and subsequently disappeared. Gillian Higgins was instructed as counsel by KHRP.

Ferdinand Nahimana, Jean-Bosco Barayagwiza and Hassan Ngeze were co-accused in a trial concerning the responsibility of the media for genocide in Rwanda in 1994. The case came to be known as ‘The Media Trial’. Ferdinand Nahimana was a professor of history and had acted as Director of ORINFOR (Rwandan Office of Information) between 1990 and 1992. All three individuals were charged with genocide, conspiracy to commit genocide, direct and public incitement to commit genocide, complicity in genocide and crimes against humanity (persecution, extermination).

This was the first trial of a civilian alleging command responsibility for genocide. Gillian Higgins was engaged as a member of this Defence team, the first to enter Rwanda to conduct investigations.